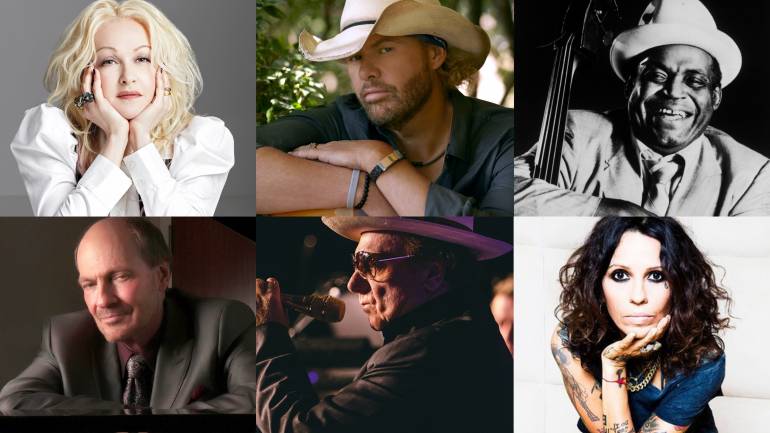 Broadcast Music, Inc. is proud to congratulate its Songwriters Hall of Fame inductees, who make up the majority of the 2015 class. The venerable institution, dedicated since 1969 to celebrating the work of composers and lyricists responsible for some of the world’s most popular music, will host the 46th annual induction ceremony June 18, 2015, in New York City. Many BMI writers will be honored, including BMI 2011 Country Icon Bobby Braddock, a decorated country writer with 13 number one hits, multiple BMI Country Awards and cuts by country greats such as Willie Nelson, Jerry Lee Lewis, Tammy Wynette and George Jones, and singer/songwriter Toby Keith, a three-time BMI Country Songwriter of the Year, who has written at least one number one hit per year for 20 consecutive years, including smashes “Should Have Been A Cowboy” and “I Love This Bar.” Also to be honored are GRAMMY winner Cyndi Lauper, who burst onto the pop scene in the ’80s and has been a staple since, with hits such as “Time After Time” and “She Bop,” and the Tony award-winning score the hit Broadway play Kinky Boots, and Linda Perry, who was a member of 4 Non Blondes in the early ’90s and went on to write hits with Pink, Christina Aguilera, Gwen Stefani and the Dixie Chicks. Rounding out the BMI inductee class is a posthumous honor for prolific Chicago blues writer Willie Dixon, who had cuts by Muddy Waters, Jimi Hendrix, The Rolling Stones and Chuck Berry, and is recognized by The Blues Foundation, the Rock N’ Roll Hall of Fame and the GRAMMY Hall of Fame for his place in music history.

In addition to these new inductions, previously inducted songwriter Van Morrison will be the 2015 recipient of the esteemed Johnny Mercer Award. This award is the highest honor given by the Songwriters Hall of Fame, and is exclusively reserved for a songwriter or songwriting team that has already been inducted but “whose body of work is of such high quality and impact that it upholds the gold standard set by the legendary Johnny Mercer.” Morrison is responsible for penning such iconic songs as “Brown Eyed Girl,”’ “Moondance,” “Into The Mystic,” “Come Running,” “Domino” and other hits, while his classic album Astral Weeks ranks nineteenth on Rolling Stone’s list of “The 500 Greatest Albums of All Time.”

More information on this deserving class of award recipients is available at the Songwriters Hall of Fame’s Virtual Museum (www.songhall.org). Tickets for the event are available through Buckley Hall Events at (917)-579-1000.