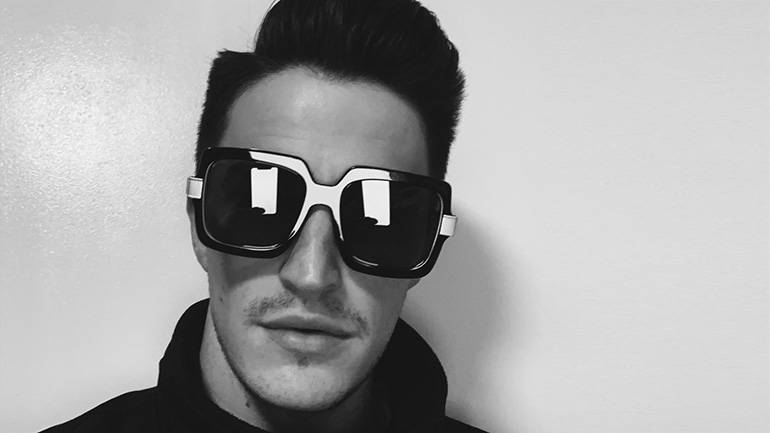 The brainchild of renowned DJ and producer Diplo, Mad Decent is a formidably influential, Los-Angeles-based record label that has been shaping the trajectory of dance music since 2006. What started as Diplo’s pet project to highlight genre-blurring, underground sounds has become a musically eclectic powerhouse that continues to innovate and inform dance music culture on a worldwide scale.

Recently, BMI had the opportunity to sit down with Nathan Olivas, an A&R representative from Mad Decent Publishing, to talk about his work within the organization, and to share his tips for artists and songwriters trying to navigate the world of music publishing and the industry writ large. We met up with him in a coffee shop in East Hollywood. Here’s what he had to say.

How did you first get involved with Mad Decent Publishing?

Nathan Olivas: I first met Kevin Kusatsu [Diplo’s manager & business partner] in January 2017. At the time, I was in management and was really unhappy in general. After I met Kevin, I would send him songs and he said he didn’t really like them but to keep sending him stuff. (Laughs)

I had also casually known Juba Lee for years, the head of A&R for Mad Decent Publishing, through my friend King Henry. One day, I was working at Sound Factory (Mark Ronson’s studio) in Hollywood because one of my friends from college works on Mark’s management team. All of a sudden Henry, Wes (Diplo), and Juba walked in. It turned out to be a really early Silk City session. Juba and I hung out in the lounge and I played him a bunch of songs that I was putting together at the time. He really liked everything he heard and the next day Kevin called me and was like, “Hey, I have an A&R job for you.” I also think King Henry really co-signed me with Juba, which was a big factor. I’d been putting songs together for all of my clients for years and executive producing a lot of records. I basically was just like, “Why don’t I just get paid to be an A&R if that’s what I like doing anyway?” It was my favorite part about management, but, at the time, not all of my clients were open to my feedback.

What differentiates MD Publishing from other publishing companies?

We’re a very small company, compared to the majors, and we really only work on songs we love vs working on songs we might hate, but know they will bring us money.

A lot of things differentiate us though. We’re very indie-minded in how we operate. We all wear a lot of different hats because we’re a small team. We don’t sign a lot of things. And it’s not that we’re too precious, it’s just that we don’t want to over-sign artists then not be able to properly plug them in and help them. We’re constantly meeting different artists and writers and throwing them in the mix with our guys, but we’re not very quick to sign them to actual deals. I have a lot of friends at bigger publishing companies who have signed a ton of artists, and it would stress me out. Especially if you sign an artist and it’s not really working, and then you have anxiety and feel bad that you’re failing at this person’s life and career, you know? We’re also not through a major publisher, we’re administrated through Big Deal. They’re smaller and they have a smaller roster compared to the bigger publishers. But I think it’s cool because the songs we are apart of are still competing at the same level as all the major publishers.

What do you think is the right time for an artist/writer to enter a publishing deal?

It really depends. Some people will say, “Don’t enter into a publishing deal until you have hits.” And then other people will say, “Enter into a publishing deal if you can find a team who will help get you the hits.” I think ultimately every artist and writer is different. My advice to artists is to not take their artist project too seriously out of the gate and write with as many different people as possible: producers, writers, other artists… If you do that for  a year, year and a half, by the end of that you’re going to have so many relationships and so many songs that you could probably end up using for your artist project. If you can figure out a way to get cuts off of those songs as well, you’re just immediately leveling up and people are going to want to work with you. You’ll already be making a name for yourself. A lot of young artists are so hard-headed in that they’re thinking, “I wanna do this, I don’t wanna help with other people’s projects.” The issue with that is if you go to other writers and producers and are asking to work with them it becomes a favor…If you write with people and build relationships, then they are going to owe you favors down the line. That would be my two cents for artists. For songwriters and musicians, my advice would be the same thing, just write with as many people as possible. Instagram, Soundcloud, Twitter- If you find someone who you like, just reach out.

Do you think it benefits writers to reach out to publishers for just co-write ideas, but not necessarily to be signed?

Yeah, absolutely. I don’t know how exactly other publishers operate, but we listen to everything we get sent. And there are times when we have a session where one of our producers cancel last minute, and I’ll end up throwing someone who’s unsigned into the session just to try them out and see how they do. There are constantly new artists or writers who we’ll work with and do a few sessions with, just to see if they’re a good fit or if we like what they’re doing.

When do you think an artist is not ready for a publishing deal?

If I find an artist I really like and we start doing sessions and working together, but then I see or feel that they’re not putting in the work that I’m putting in, then they’re not someone I’m going to want to sign. They need to put their blood, sweat and tears into their craft - it sounds dramatic, but it’s the truth. I think that goes for label-deal, publishing-deal and management clients you’re looking for. They really need to want it. And I think creatives need to be realistic with their expectations. Because I remember when I first came to L.A. when I was 18. I thought I would be directing Marvel movies by the age of 21, and clearly that wasn’t the case. That is something that’s really good about L.A. When you get here, it kinda hits you in the face and you realize you need to really step your game up. It gives you a lot of perspective very quickly.

Do you think L.A. is the best place to be if you want to make music, or are you more into music scenes in other cities?   I think L.A. is a great place to be right now because there are so many opportunities, session-wise. You could literally do three sessions a day for a year with different people. I think that’s why a lot of people are moving here right now. However, I do think as an artist it’s hard to break in L.A. because there is so much noise here. But there’s so much cool music happening all over the world, so I don’t think this is the only place to be if you want to be successful. Every single continent has major music hubs, so I don’t think it matters. I do think genre matters, though; if you want to get into country then you should probably move to Nashville. (Laughs)

What gets you excited when you hear a track? Is it a tangible thing or is it something you have to just feel?

Production-wise what are your thoughts?

Just unique stuff that feels original. A lot of what we get sent just sounds the same. Things with a lot of different influences.

What are some general tips for all the artist/writers out there?

It’s really understanding how everything works. The whole ecosystem of what a label does, what a publisher does, what a manager does. If you’re an artist, what an agent does. And make sure you always have a lawyer look over a contract before you sign any type of agreement.

What are the main things that you do as publishers?

We pitch for sync: TV, film, commercials, video games etc., collect all of the publishing royalties and put sessions together. We’ll find opportunities for our artists to work on along with other publishers or other major label artists, as well as other indie artists. We also pitch demos to managers, labels and publishers to see if any of their clients would like to use them for their projects.

Any other tips for our readers?

Know where you’re at. A lot of young writers send us demos that are nowhere close to being at the level where it makes sense for them to do a deal, which is totally fine. It takes years. So, if you’ve been producing for a year, you probably shouldn’t be sending it in. You can only make a first impression once, so really focus on your craft and getting it to the best of your ability. By collaborating with other people, you will learn from others. Some of the guys we work with have been producing for twenty years. And when you send in music, only send 3-5 max.

Is there a preferred method for sending music?

Just make it so you don’t have to download the music. Streaming links or Dropbox links are great.

How can people send music to you?

Send all demos to: demos@maddecentpub.com