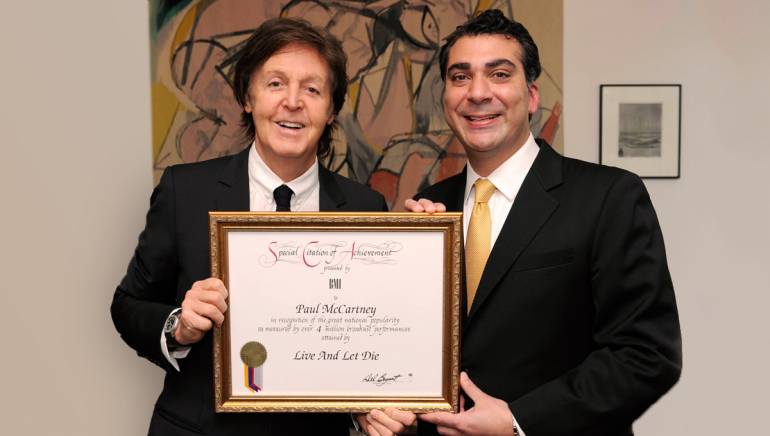 Paul McCartney has been presented with a Million-Air Award to celebrate over 4 million broadcast performances of ‘Live and Let Die’ in the USA from global music rights organization Broadcast Music, Inc. (BMI).

The track, written for the 1973 James Bond film, has long been a fan favourite and was recognized at the recent 2012 BMI London Awards.

Paul has been honoured with a staggering 75 BMI Million-Air Awards throughout his career, including one for achieving 5 million US plays of The Beatles’ ‘Yesterday’ in 1988, which has now surpassed an awe-inspiring 9 million performances.

PaulMcCartney.com recently included a live version of ‘Live and Let Die’ as part of its track of the week feature. Listen now to the performance, taken from Paul’s 2009 album ‘Good Evening New York City’.