Posted in MusicWorld on May 25, 2007 by Dana Rodriguez 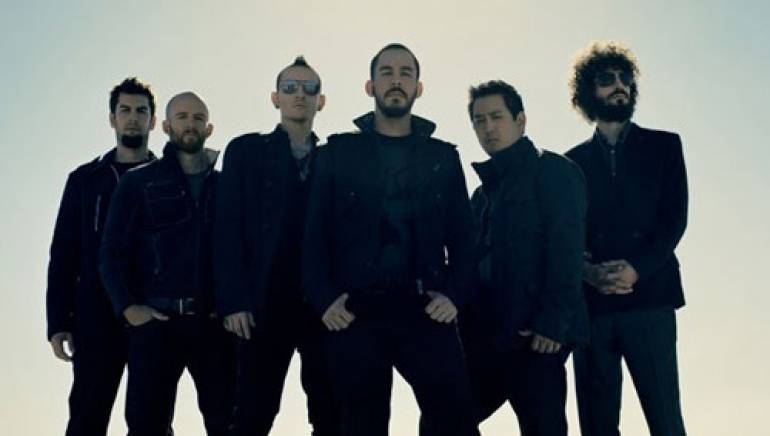 Taking their music in a decidedly new direction, Los Angeles-based rap-rockers Linkin Park return to the charts with their third release, Minutes to Midnight. The CD, co-produced by studio master Rick Rubin and band frontman Mike Shinoda, has the sextet shedding their nü-metal moniker in favor of a more straight-ahead, hard-rock sound.

Indeed, there is a marked decrease in Shinoda’s signature rhymes; “Hands Held High” and the intense “Bleed It Out” are the only tunes on which he raps. Even so, eager fans grabbed 623,000 copies of the highly anticipated release on May 15, placing Minutes at No. 1 on the Billboard 200 and making it the highest selling album of 2007 in its debut week.

After more than a decade together, the high school pals — rounded out by lead singer Chester Bennington, guitarist Brad Delson, drummer Rob Bourdon, bassist Dave “Phoenix” Farrell and DJ Joe Hahn — have reinvented themselves, thanks in part to Rubin’s magical touch.

“We’re straying away from a lot of the predictable sounds we’ve had in the past, but there’s no question in your mind when you hear it that it’s Linkin Park,” affirms Bennington, who has all but taken over the vocal reins, showcasing his rare talent for hitting the right notes while simultaneously screaming.

When LP exploded onto the scene in 2000 with their 10-times platinum debut, Hybrid Theory (one of the band’s former names), massive radio hits “In the End,” “Crawling” and “One Step Closer” launched them into superstardom.

That album garnered three Grammy nominations and a subsequent win for Best Hard Rock Performance for “Crawling.” They scored their second Grammy in 2005 with the Jay-Z collaboration, “Numb/Encore,” a remix of both artists’ songs featured on 2004’s platinum-selling joint effort, Collision Course.

In between, Linkin Park released Meteora in 2003, with more than 800,000 copies flying off of shelves in the first week. Chart-toppers like “Somewhere I Belong,” “Breaking the Habit,” “Faint” and “Numb” led to more than four million in sales, adding to an impressive career sales total of over 46 million.

Hoping to continue its colossal success, the group spent more than a year working on Minutes to Midnight — a reference to the Doomsday Clock — writing over 100 demos and eventually settling on 12 tracks that Shinoda describes as a “breakthrough in the development of the band’s sound.”

“We’ve always said we write the music we write so that we can spread our wings as far as we want and try new things and go anywhere,” he adds. “I think we’re really going to prove that with this new record.”