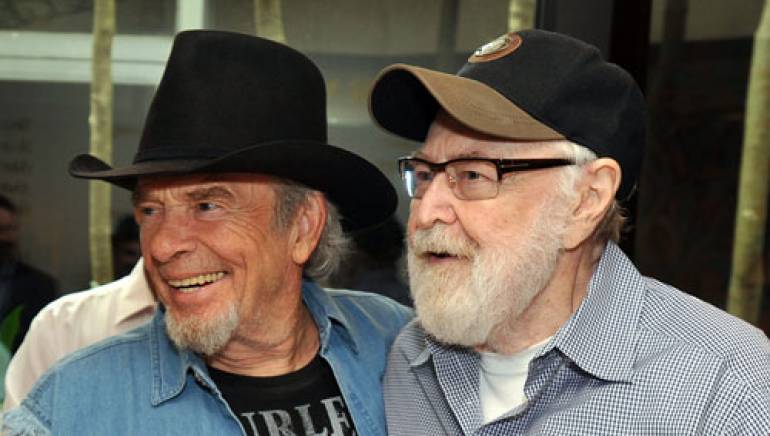 The party was a well-kept secret from Cochran: He believed he was simply stopping by BMI to pick up numerous BMI Million-Air certificates, recognizing the millions of performances generated by hits including “Make the World Go Away,” “She’s Got You,” “I Fall to Pieces,” “The Chair,” “Ocean Front Property,” “Don’t You Ever Get Tired of Hurting Me,” “Is It Raining at Your House,” “That’s All That Matters,” “Set ‘Em Up Joe,” and “This Ain’t My First Rodeo.” However, an intimate gathering of friends and family awaited him as well, and Haggard led the small crowd in greeting—and pleasantly surprising—the beloved troubadour.