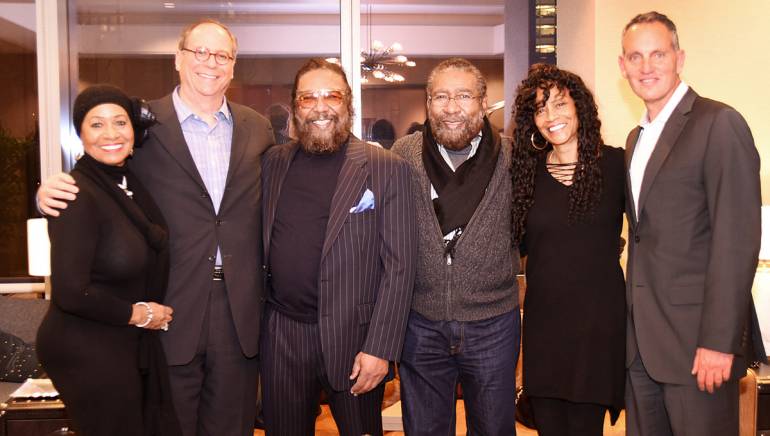 Rock n’ Roll Hall of Famers responsible for so many indelible moments in music history, Eddie and Brian Holland visited Broadcast Music, Inc.’s New York office to celebrate an incredible 10 million performances of their 1960s mega-hit “You Can’t Hurry Love,” as well as multiple million performance awards for “Stop In the Name of Love” and “Jimmy Mack,” all written with longtime collaborator Lamont Dozier. In addition to the many hits they wrote and produced for Motown giants Diana Ross and The Supremes, the legendary trio also wrote smashes for the Four Tops, Marvin Gaye and many, many others, and have not slowed down in the least. They recently scored the musical version of First Wives Club for Broadway, writing an impressive 22 original songs for the production. 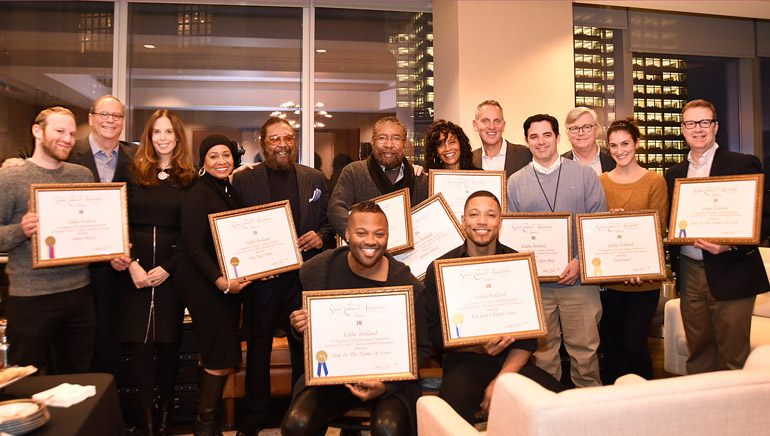