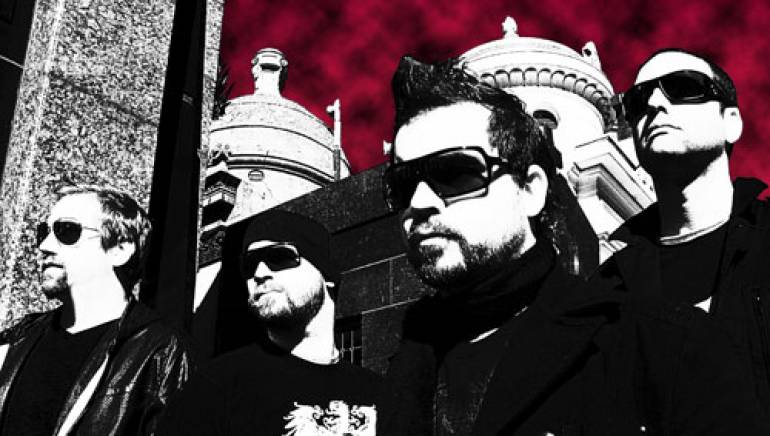 The thousand-mile distance from Miami to San Juan is much closer on the musical map. Formed in Florida and now based in Puerto Rico, La Secta Allstar, consisting of vocalist Gustavo Laureano, bassist Mark Kilpatrick, drummer John Lengel and guitarist Mikey Genao, is a band with a decade and a half history. Their latest release, Fuego, embraces their organic roots. “The record before this was more adventurous, with reggaetón and flamenco,” says Laureano of the Grammy-nominated, Billboard Award-winning Consejo. “Fuego is more stripped down, more rock-and-roll.”

A $10 coupon is enclosed in each copy of Fuego, offering discounted admission to one of the band’s shows. “It makes the CD almost free,” Laureano notes. It’s also a clever marketing strategy that encourages fans to experience the group in an advantageous setting: live. As for the performances themselves, La Seca Allstar has an expansive concert repertoire from which to choose. “We have a very relaxed style and play what we feel in the moment. We have a list of songs that we put on the floor, and we swing it. It’s spontaneous.”

As a songwriter, Laureano, whose songs have been recorded by Ricky Martin and Ednita Nazario, often creates alone. “Then there are other songs created by me with John or Mark – it’s all kinds of different angles. With this record there are more songs written together, but three or four songs came out of me doing them in my house.”

Although the bilingual Laureano sings and writes in both Spanish and English, he avows, “We’ve been more successful, and I have more control as a writer in Spanish. I do love the sound of the poetry. A lot of the music in the past years has forgotten that language of love. We step in and keep it very classic in that sense. We make that language international. It can be local everywhere. Music is feeling. The language doesn’t matter.”