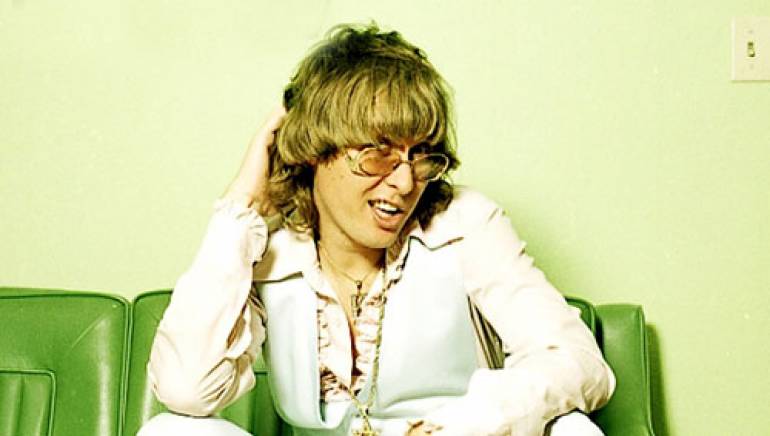 “This is the most important record since Pet Sounds.” - Hamed Karzai

Kennedy is running for President. Like the current Bush administration, Kennedy is on a mission to make the world a sexier place. He is a lightning bolt of freedom into the pants of millions of Americans. In a land of musical midgets Kennedy’s looms over the music business like Godzilla, knocking the other candidates on their asses.

Like Jimi Hendrix, but whiter and with stronger LSD, Kennedy’s musical genius took the UK by storm and is now conquering the rest of the world (Canada included). Kennedy is a cornerstone of the new UK music movement called DirtyPop. Led by British Garage pioneer DJ Sticky and producers Count Da Money, DirtyPop is hot, sexy, danceable and fertile. Kennedy is their poster boy, spokesmodel, and resident alien.

Kennedy’s music video for “Your Mama” is more than election propaganda; it is an internet sensation, cultural benchmark and pop phenomenon. After being viewed over 1 million times in it’s first week on YouTube and over 3 million times and counting, it makes the Paris Hilton sex video look like Cop Rock. It is a wondrous disco rollercoaster ride through a mystical land of MILF’s, Cougars, and disgruntled children. Some accolades include being featured on YouTube’s home page (on Mother’s Day no less), named one of iFilm’s viral videos of the year, and winning Fuse’s Oven Fresh competition, beating out the likes of Justin Timberlake, Fergie, Outkast and more.

Born Jack Kennedy to a father named John Wayne, Kennedy is a true American. Clawing his way out of the pop culture abyss Kennedy is songwriter, M.C., rock star, gigolo and future Commander in Briefs. Equal parts raconteur and provocateur, Kennedy is the consummate showman: a bit of PT Barnum, a dash of Woody Allen, a spoonful of Mark Mothersbaugh and a heaping helping of Dirk Diggler.

Long before Kennedy was a Presidential candidate, he spent his formative years in Hollywood working as a tape op at the legendary Cherokee studios. Here he learned the art of recording by working with acts like Mack 10, Taj Mahal, Nik Venet, Brandy, The Lemonheads and various Death Row Recording artists.

After being kicked out of L.A.’s Silversun Pickups for setting the singer’s sweater on fire, Kennedy was selected to open for Jon Brion at Café Largo in Los Angeles. The name-dropping doesn’t end there. Kennedy has also become a favorite among LA’s hipster illuminati, sharing the stage with Fiona Apple, David Cross, Elliot Smith, Sarah Silverman, Diamond Nights, Aimee Mann, Tenacious D, The Black Keys, and many other somewhat talented artists.

In 2007 Kennedy signed a lucrative contract with Cordless Recordings, a Warner Music Group company. Kennedy’s new album “Kennedy For President” is the soundtrack to Kennedy’s political platform as well as the slow ballin’ album of the year. In a sign of cross-Atlantic political unity, the album will be released by Cordless Recordings in the US and Atlantic Records in the UK. Being christened “The most important album since Pet Sounds,” this record is an attention whore. Get out yer cash and pay the slut.