Posted in MusicWorld on February 7, 2009 by Edd Hurt 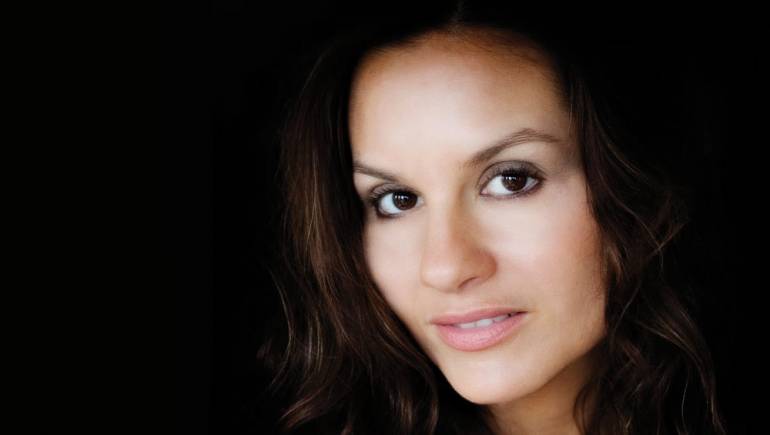 An ambitious practitioner of the old-fashioned art of matching song and artist, Kara DioGuardi wasn’t sure if her agent had gotten hold of the right person a few months ago. But the news was indeed good: Already an amazingly successful songwriter who had come up in the record business the hard way, the New York-born DioGuardi learned she was on the short list to become the newest judge on American Idol. As she told an interviewer in late summer 2008, “Did you dial the wrong number?” were the first words out of her mouth when she got the call. DioGuardi will join Randy Jackson, Paula Abdul and Simon Cowell when Idol gets cooking for its eighth season early in 2009. She brings considerable expertise in virtually every area of the music business, and will likely prove an acute judge of both musical acumen and the kind of drive it takes to make it in a competitive but rewarding arena.

The daughter of New York politician Joseph J. DioGuardi, Kara DioGuardi grew up in the New York City suburb of New Rochelle, went to North Carolina’s Duke University in search of an opera career, and ended up majoring in political science. Fresh out of school in 1993, she landed a job at Billboard magazine, where she mainly did marketing. She had her eye on the creative side of the business, and she used her considerable singing skills to open doors.

Now an in-demand hit writer and record producer, she’s described herself as a songwriter who also loves crafting the finished product — the performance that defines the song. In a string of hits for Christina Aguilera, Celine Dion, Santana and Gwen Stefani, DioGuardi stands with Diane Warren as the poet of teenage aspiration and tough, big-hearted love. Something like Ashlee Simpson’s “Pieces of Me” manages to be breezy, sexy and somehow wounded. Like Taylor Swift, DioGuardi appears to be tuned into a unique emotional frequency, and her songs turn on repeated phrases (for example, the “ha ha ha, ha ha ha” chorus of “Beep,” a 2006 hit for the Pussycat Dolls) that seem simple but display her true craft.

A prolific writer who sports an impressive list of BMI Pop Awards, including Pop Songwriter of the Year in 2007, DioGuardi has achieved a success described by immense numbers. Her songs and productions have sold upwards of 100 million records, with Santana’s “I’m Feeling You” serving as a good representation of her ability to write great crossover hits. Among her other accomplishments, DioGuardi has made a name for herself in the Latin pop field, as Thalia, Marc Anthony and RBD have cut her compositions, and the roll-call of artists who have recorded her sweet, fiercely independent songs includes Stefani, Avril Lavigne, Kelly Clarkson, and Kylie Minogue. Many of the artists are beloved enough to safely operate under one name, but DioGuardi has also written hits for aspirants farther below the radar, like Martine McCutcheon, who scored in the U.K. with “I’ve Got You.”

These days, DioGuardi runs her own company, Arthouse Entertainment, with a stable of around 15 writers, all pitching and composing. As she said earlier this year, “I find talent, and I sign talent.” She also boasts an enviable position at Warner Bros. Records: Senior Vice President of A&R. She’s a mogul-in-the-making with creative chops, which should help her as she navigates the waters of Idol.

Earlier this fall, DioGuardi hit the road to audition up-and-comers in the art of the popular song, with stops in Louisville, Ky. and Salt Lake City. Arthouse itself continues to crank out hits for mainstream juggernauts including the Pussy Cat Dolls’ Doll Domination, released in September 2008. She’s been trying her hand at country music, and chart-topping success feels almost inevitable given the reception of “Lost,” which she wrote for Faith Hill. Sugarland and Martina McBride also number among the Nashville-based artists who have cut songs written either by DioGuardi or by one of the Arthouse crew. Kara has the current Pink single, “Sober,” and Arthouse writer Kasia Livingston has two songs on Britney Spears’s Circus while Greg Wells has two cuts songs on Katy Perry’s One of the Boys.

With the addition of one-woman powerhouse Kara DioGuardi, it should be a good season for Idol.