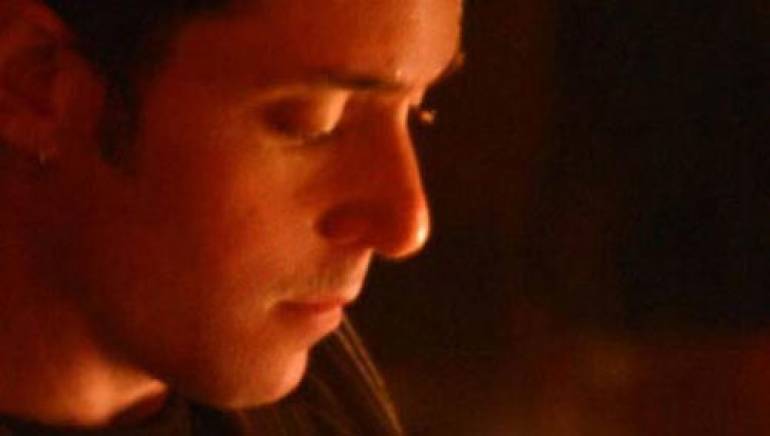 Jon Regen has distinguished himself throughout the world as a singer, songwriter and pianist of unparalleled depth. His music is simply unforgettable. Following a distinguished career in jazz as both a sideman (Jimmy Scott, Kyle Eastwood) and a leader (three criticallyacclaimed CDs under his own name), Regen steps out on his own as a masterful performer with an unmistakable, individual voice.

Jon Regen was raised in Maplewood, N.J. Originally self-taught on his family’s aging grand piano at the age of five, Regen would lead his first professional group while still in his early teens. He studied piano and music theory at the Eastman School of Music and the University of Miami, eventually relocating back to his home state of New Jersey to apprentice with world-renowned pianist Kenny Barron at the Mason Gross School of the Arts at Rutgers University. Regen would graduate with a Bachelor of Music degree and quickly move to New York City, where his strong melodic and rhythmic approach to the piano would not go unnoticed.

Regen was named runner-up in the Great American Jazz Piano Competition, and was also chosen as one of only 2,000 pianists worldwide to hold the title of Steinway Artist. Bassist Kyle Eastwood asked Regen to anchor his touring band, where Regen remained until 2001, leaving to accompany jazz icon Jimmy Scott. He spent nearly three years alongside Scott, touring, recording and performing across the U.S., Europe and Asia. The New York Sun would write of Regen’s work with Scott, “Although the British press has described Mr. (Jamie) Cullum as ‘Sinatra in sneakers,’ he is a long way from having a Sinatra or Nat Cole-level vocal instrument. Likewise, he has less technique as a pianist than, say, Jimmy Scott’s prodigious accompanist, Jon Regen.”

Regen’s debut CD, Jon Regen Trio – Live at the Blue Note, was released on Half-Note Records to critical acclaim in 2000. JazzTimes called him “a gifted pianist-composer whose career merits tracking.” His follow-up recording, Tel Aviv, was greeted with the same industry-wide praise upon its release in 2001. High Bias declared Regen, “A protégé of jazz great Kenny Barron, Jon Regen is a pianist of great lyrical gifts, using his masterful technique to caress a melody like a lover strokes the object of his desire. The three-part ‘Tel Aviv Suite’ is a marvel of collective improvisation and jazz piano melodicism.”

In 2004, Regen released Almost Home, a seven-song EP of all-original material that showcased his previously hidden talents as a singer and songwriter. Critics around the globe heralded the new music with unanimous praise. All Music Guide awarded it four stars and CDBaby proclaimed “Regen has woven a tapestry of adult contemporary pop and jazz that reflects on the integration of intelligent songwriting with the elemental and unbridled force of the human spirit.” The Danube Courier dubbed Regen “the Miracle Child from New York,” and High Bias called the EP a collection of “solid tunes with instantly appealing melodies and soulful vocals.”