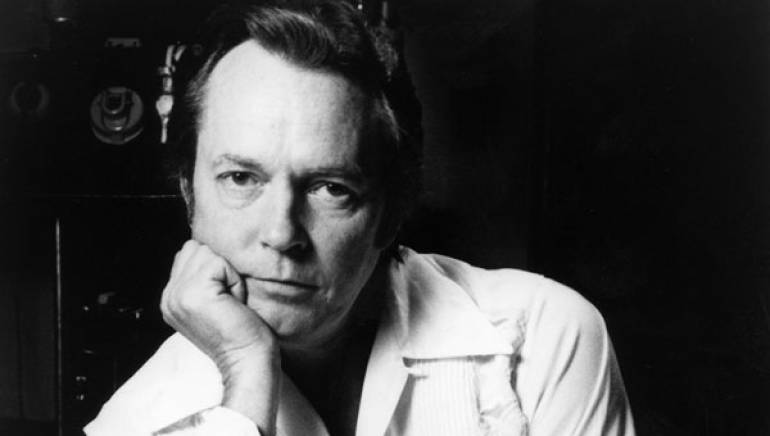 The Country Music Association announced the newest additions to the Country Music Hall of Fame yesterday, and three out of the four inductees are BMI legends: Jimmy Dean, Ferlin Husky, and Billy Sherrill. Dates of the Museum’s Medallion Ceremonies, which have served as the official induction rituals of new Hall of Fame members since 2007, will be announced later this year.

While Jimmy Dean may be best known in country music circles for his signature song “Big Bad John,” which he both composed and recorded, he excelled as a versatile entertainer in numerous outlets. He became the first guest host of The Tonight Show in the 1960s, while from 1963-1966, he carried The Jimmy Dean Show, which featured future legends George Jones, Roger Miller, Buck Owens, Charlie Rich and many more. As a recording artist he enjoyed country chart domination as well as crossover pop success, and his cherished catalog of hits includes “Dear Ivan,” “Little Black Book,” “P.T. 109,” “Stand Beside Me,” “A Thing Called Love,” “Born to Be by Your Side,” and “A Hammer and Nails.”

Ferlin Husky was also a buoyant force in golden-era country music, first topping the charts with a recitation in the song “A Dear John Letter” sung by Jean Shepard. The two collaborated again for the answer song, “Forgive Me John,” which also enjoyed pop and country success. As his comedic alter-ego Simon Crum, Husky delivered megahit “Gone,” which resulted in a 10-week residency atop the country charts, while Crum’s “Country Music is Here to Stay,” penned by, climbed all the way to #2. Without the pseudonym, Husky blanketed the airwaves with smashes, including “Once,” “Just for You,” “Heavenly Sunshine,” “Sweet Misery,”  “White Fences and Evergreen Trees,” “Every Step of the Way,” “I Promised You the World,” and of course, his signature hit “Wings of a Dove.”

BMI named Billy Sherrill the Country Songwriter of the 20th Century, and a brief recap of the powerhouse producer and songwriter’s diamond-encrusted résumé illustrates why: An eight-time BMI Country Songwriter of the Year, Sherrill has earned a jaw-dropping total of 84 BMI Country, Pop and R&B Awards, while almost 10 of his compositions have earned well over one million performances each. His work with Tammy Wynette and Charlie Rich reshaped the genre, while his knack for composing country standards ready and able to crossover to pop remains unparalleled. “The Most Beautiful Girl in the World,” “Stand By Your Man,” “Til I Can Make It on My Own,” “My Elusive Dreams,” “I Don’t Want to Play House,” “Almost Persuaded,” and “Every Time You Touch Me (I Get High)” number prominently among a catalog stacked with classics, while as a producer, Sherrill polished masterpieces including Charlie Rich’s “Behind Closed Doors” and Tammy Wynette’s “D-I-V-O-R-C-E” and “Stand By Your Man,” and many, many more. Ultimately, he composed and/or produced songs for Johnny Cash, David Allan Coe, Janie Fricke, Johnny Paycheck, Marty Robbins, Johnny Rodriguez, Joe Stampley, Tanya Tucker, Bobby Vinton, Andy Williams, Barbara Mandrell and more.

Read extensive bios of the inductees.

To learn more about the Country Music Hall of Fame, please visit countrymusichalloffame.org.