Posted in MusicWorld on September 13, 2011 by James Wells 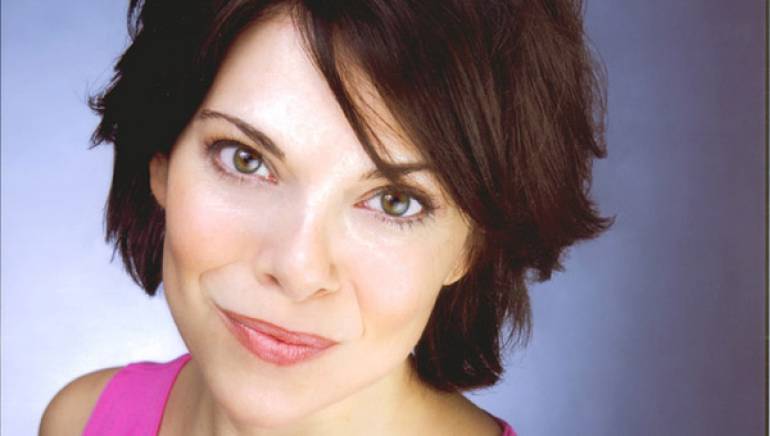 Considering her accomplishments, the last thing anyone would believe of Jill Abramovitz is that once, in the Dramatist Guild Fellowship Workshop, Lynn Ahrens (Ragtime and Seussical) warned her about writing in a lazy way.

In addition to her credits in Broadway and Off-Broadway shows, television (Ugly Betty and 30 Rock), and commercials, this alum of the Lehman Engel Music Theater Workshop is staging her first musical, The Dogs of Pripyat, at the National Alliance for Musical Theater this fall. The musical, for which Abramovitz serves as lyricist and shares a role as book-writer, is an adaptation of Leah Napolin’s moving play based on the actual fate of dogs that were abandoned in the aftermath of Chernobyl.

Hard work of a different kind is at the heart of this musical, where the central canine figures must struggle against loneliness and their deeply habitual domestication. In Abramovitz’s analysis, The Dogs of Pripyat adroitly combines, “dark political, geopolitical, really relevant background with … lovable, sweet, quirky characters.”

The challenge penning lyrics for such a scenario is finding a way “to make it sound like it comes out of the person saying it” without “getting too cutesy with the dog puns.” The bravura with which Abramovitz handles this challenge is a testament to her love affair with hard work. The lyrics to one of the most tender pieces in the show, “Please Come Back,” work because they touch on the most primal human fears of isolation and abandonment: “Please come back and tell me it’s a rumor someone spread, / Tell me it’s a joke that someone played”; and “I know you wouldn’t leave me without saying your goodbyes, / If you were really gone.” In a mounting anthemic piece, “Join the Pack,” the quip “Time to be your own best friend” is credible because it is sung by a bellicose cur as a military recruitment jingle.

All Abramovitz’s lyrics clearly embody her mantra: “Be specific. Be specific.” These include those to “What They Never Tell You,” written for Barbara Anselmi’s new musical It Shoulda Been You (to be performed by Tyne Daly). Further giving the lie to those gnawing subconscious fears of sloth, Abramovitz (along with composer/husband Brad Alexander) has a commission from TheatreworksUSA to adapt Martha Speaks for the stage. Oh, and she’ll be artist-in-residence at the Kaufman Center. Only a person as “lazy” as Abramovitz can flatly say, “It’s going to be a busy fall,” and have it be an understatement.