Posted in MusicWorld on January 11, 2011 by Ari Surdoval 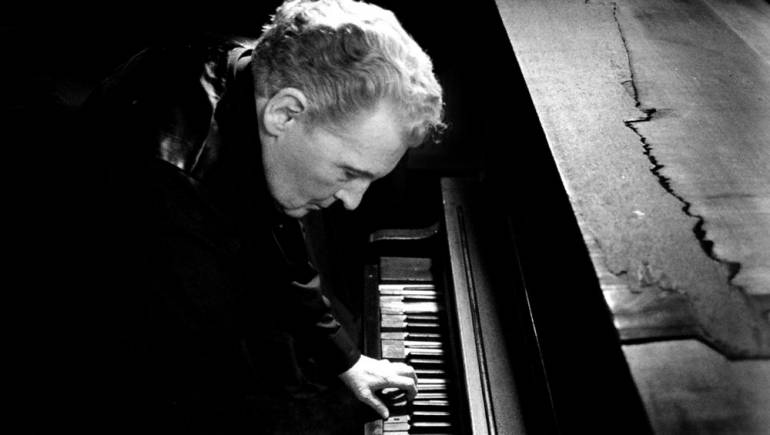 Against all conceivable odds, expectations, predictions, rumors, gossip and reason, Jerry Lee Lewis is 75 years old. He still sounds like he could hit the key of a piano with his pinky harder than most men could hit it with their right fist. His legacy—a smoldering trail of mayhem and masterpieces that stretches from here to Ferriday, Louisiana—was forged with the scorching barrelhouse piano and Pentecostal brimstone holler with which he has defined, haunted and taunted country music and rock-and-roll for five decades. Slandered by scandal, hobbled by addiction, and fueled by a defiance that borders on vengeance, Jerry Lee has lived to stand his ground in the 21st century, playing the same music he has played since 1956, daring you to dismiss it.

Mean Old Man, Jerry Lee’s new album, follows 2006’s hugely successful Last Man Standing, and utilizes the same formula of pairing Jerry Lee with stars for a set of covers. It is loose, spontaneous country, rock and gospel, delivered by one of the last living inventors of rock-and-roll on the instrument he taught himself as a poor boy growing up a thousand years ago in the pre-War south. That’s all.

The best moments on Mean Old Man come when nobody is trying to out-Jerry Lee Jerry Lee, including Jerry Lee himself. No matter how big or bold or flat-out famous the duet partner, they’re trading lines with a runaway train whose myth is inseparable from his music.

There was a famous argument between Jerry Lee Lewis and Sam Phillips recorded at Sun Studios in 1957. Late one night, after a long session—the bottles had been opened and emptied—Phillips wanted the band to cut a song written by Jack Hammer and Otis Blackwell that he thought would be perfect for Jerry Lee. Jerry Lee refused. He heard evil in the lyrics; to sing them would be a sin. Just 22, he had been kicked out of Southwestern Bible College a few years earlier for playing boogie-woogie in chapel and had made his way to Phillips in Memphis under the outrageous but accurate assumption that anybody who could make a star out of Elvis could make a star out of him, too. By the time session engineer Jack Clement had the good temerity to hit record that night, Jerry Lee had begun to testify.

The older Phillips tries to counter with a professorial differentiation between faith and extremism, arguing that you can play rock-and-roll and do good, help people, even save souls. Jerry Lee explodes.

“How can the Devil save souls?” he screams. “What are you talking about? Man I got the Devil in me! If I didn’t have, I’d be a Christian!”

The tape cuts off, but somehow, eventually, Jerry Lee relented and recorded the song. It was “Great Balls of Fire.”

The point being: The guest artists on “Mean Old Man” are singing duets with someone who believes his music has served the Devil—and has played it for 50 years anyway.

Everyone shines on the album’s country numbers (“Middle Age Crazy” with Tim McGraw, “Swingin’ Doors” with Merle Haggard), which—like Lewis’ impeccable, chart-topping late-60s and early-70s renditions of classics like “Another Place, Another Time” and “What Made Milwaukee Famous”—teeter with weariness, regret and soul. The unlikely pairing of Jerry Lee and Gillian Welch on the Eddie Miller country standard “Please Release Me” creates a rural church harmony that serves as one of the album’s true gems.

After a version of the Carter Family’s “Will the Circle Be Unbroken” that finds Jerry Lee trading verses and sharing choruses with the powerhouse Mavis Staples, “Mean Old Man” closes with a solo performance of “Miss the Mississippi and You.” It is a resonant ending. First, the Staples duet: country and gospel, black and white, blues and honky tonk, secular and spiritual, combined to pine for a better home in the sky; then, the man alone at the piano, singing softly into the darkness, like it’s his only comfort in the world.

Written by Ari Surdoval, a writer and editor living in Nashville, TN. Check out his blog, The Big Get-Even.