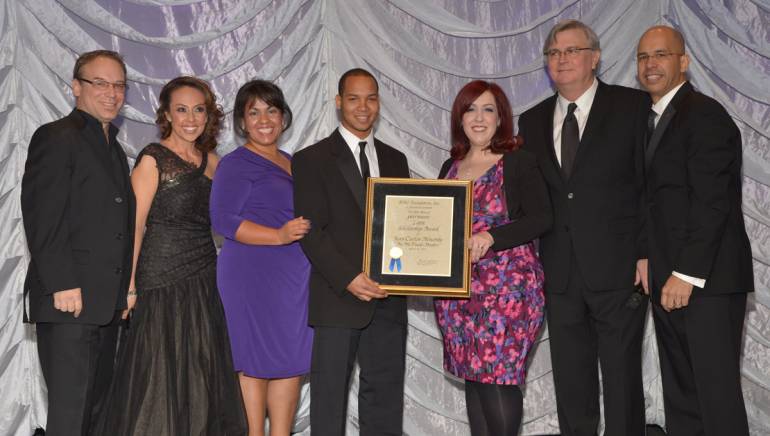 Porfirio Piña, Director of the BMI Foundation’s peermusic Latin Scholarship, has announced that Jean Carlos Almonte is the winner of the 9th annual peermusic Latin Scholarship, a competition for original Latin songs and instrumental compositions. Almonte, a native of Dominican Republic and a student at Utah State University, received a $5,000 scholarship for his song, “No Me Puedo Mentir.” The award was presented onstage during the 19th Annual BMI Latin Awards ceremony held in Las Vegas on March 30.

The scholarship competition was established through the generosity of Ralph Peer II and the peermusic companies and was open to students between the ages of 16 and 24 attending colleges and universities in the United States and Puerto Rico. Piña, who also serves as Senior Director of Latin Music at BMI in New York, oversaw the selection and judging process.

Founded by Ralph Peer in 1928, peermusic is a global network of music publishing companies operating from 33 offices in 27 countries, with well over a quarter of a million titles in the company’s catalog, and songs that vary from country, blues, jazz and pop to Latin, concert and rock & roll.

The BMI Foundation, Inc. is a not-for-profit corporation founded in 1985 to support the creation, performance, and study of music through awards, scholarships, commissions and grants.  Tax deductible donations to the Foundation come primarily from songwriters, composers and publishers, BMI employees and members of the public with a special interest in music.