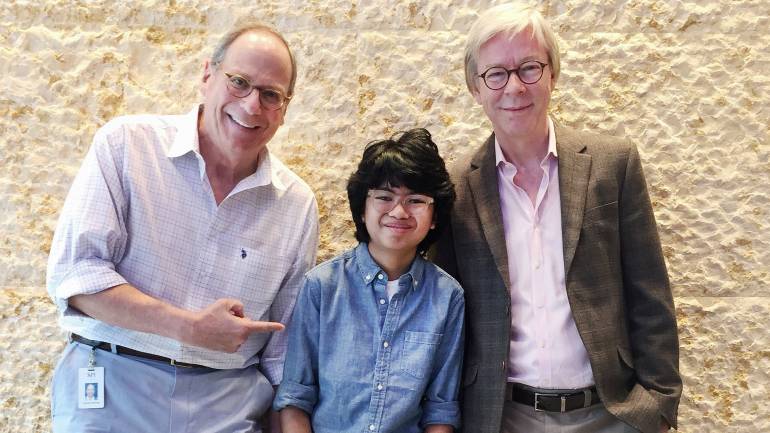 BMI is proud to welcome 13-year-old jazz pianist, Joey Alexander, to the BMI family. On a recent visit to BMI’s New York City office, Joey treated the staff to compositions from his newly released sophomore album, The Countdown.

Although barely into his teens, Joey’s star continues to rise within the jazz world and music community at large. Earlier this year, he performed an original composition at the 58th Annual GRAMMY Awards, and received a standing ovation from an audience of superstars including Bruno Mars, the Weeknd and Taylor Swift.

Joey Alexander’s debut album, My Favorite Things, has been praised by fans and critics alike, earning the pianist two GRAMMY nominations, all before celebrating his 13th birthday. The New York Times noted that Joey is “a thoughtful musician as well as a natural one,” playing with a “sophisticated harmonic palette and a dynamic sensitivity” despite his young age.

He has also performed at the White House alongside Esperanza Spalding and jazz legend Wayne Shorter.