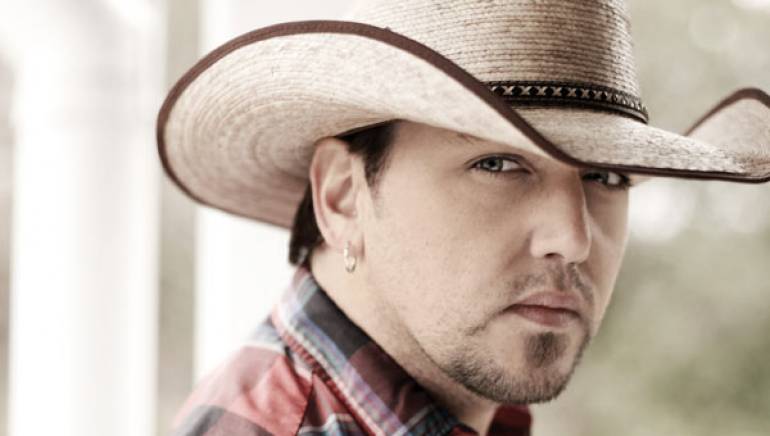 When Jason Aldean recorded “Crazy Town,” a pummeling, riff-heavy country-rock number about the dizzying, and often demoralizing, gamble of trying to make it in Nashville’s country music business, for last year’s Wide Open, he was already among the still-young country acts who can fill arenas. Even so, for him, the song was no fiction.

“I moved to Nashville in 1998 and in ’99 I signed with Capitol Records,” Aldean, a Macon, Ga.-native, explains. “And at the time, the kind of things that record labels were signing were — I don’t want to say boy bands — but it was when all that stuff was out and they weren’t really signing a lot of hat acts, which is what I had always been. And me just kind of being young … it’s like if they’d have told me to wear a sombrero I probably would have wore that. I was trying to conform to what they were telling me they thought was going to work versus what I’d always done.”

And none of it seemed to work. He got dropped, and, for a while there, it seemed like he might not get signed again. Then the winds shifted; baby-faced vocal pop lost its monopoly. “It took a few years for everything to really kind of come back around,” Aldean says. “By the time it did, we had already gone to every other label in town, so I think they were kind of sick of me at that point. And Broken Bow was a label that we had never even talked to. They came out to a show and then called me the next week and offered me a record deal… . But I think that the biggest thing was once I got back to being myself and being what I was comfortable being and playing the kind of music that I like was when everything really started clicking and working.”

Aldean, who played his share of rowdy college-town bars early on, has a thing for powering country hooks with meaty electric guitars. “I mean, growing up in Georgia, it’s one of the hotbeds of southern rock,” he offers. “I grew up on Hank Jr. and Alabama, who had a little bit of that stuff. But I also came up listening to ’80s rock and Lynyrd Skynyrd and the Allman Brothers and Marshall Tucker, you know, bands like that. In the clubs, even back before I moved to Nashville, we may play a George Strait song and then turn around and play a Guns ’n’ Roses song.”

As some of the hits he’s had from his three albums — “She’s Country,” “Hicktown” and “Johnny Cash,” in particular —and his reputation for putting on an energetic live show attest, his sound has found its target. It’s hard to miss a riff in the middle of “She’s Country” that seems modeled directly on Led Zeppelin’s iconic “Black Dog.” “When we’re in the studio looking for some kind of solo or something … I always lean toward the guitar,” he says. “I think it just sounds a little nastier.” Lest there be any question, it was confirmed that Aldean’s ode to party girls from down home can be swaggered or fist-pumped to when it was one of a few country songs recently added to the video game Rock Band.

Speaking of bands, Aldean’s is especially important to his music. Most of the players have been with him since leaner times; he brings them on the road and into the studio, something of a rare practice in Nashville. “My band has recorded every song that I’ve ever done on an album,” he says emphatically. “And that came from the fact that the demos that got me my record deal, they played on all those songs. We had kind of created a sound for ourselves, I think, before I even had my record deal… . So I just went in to the label and said, ‘Look, if you like what you’re hearing, don’t mess with it’.”

Jewly Hight is a freelance writer based in Nashville.