Posted in MusicWorld on September 9, 2008 by Edd Hurt 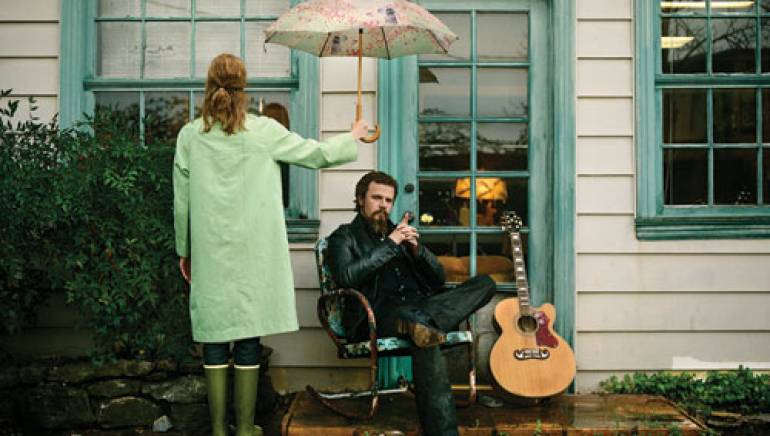 Jamey Johnson is a successful Nashville songwriter, having penned hits for stars on the order of Trace Adkins and George Strait. With smashes such as “Give It Away” under his belt, the 32-year-old Johnson is a fascinating, hybrid figure. A singer whose style combines rough-hewn delivery with subtle, fade-away phrasing, Johnson harks back to individualistic country stars such as Waylon Jennings and George Jones. On two full-lengths, Johnson has proven himself a master of the pithy, dramatic, country-music narrative. He’s made it clear he is adept at collaboration, as songwriter and recording artist. As do many country performers, Johnson has made his life — with all its ups and downs — the subject of some of his most powerful compositions.

Born in Enterprise, Alabama, Johnson was raised in nearby Montgomery. As he says, “My family lived in Troy, and Troy didn’t deliver babies. My daddy had a ‘68 Firebird that would apparently go well over 120 miles per hour. So I got to be born in a hospital in Enterprise.” His interest in country music led him to play the bar circuit in his home state. In 2000, he moved to Nashville, where he took construction jobs and sang demos. Veteran producer Buddy Cannon produced demos on Johnson and helped him secure a publishing deal. With Cannon at the helm, Johnson released his debut The Dollar in 2006. “[Cannon] taught me how to listen for things and not just to things,” Johnson says. The record’s title track did well in the country charts, and songs such as “Flying Silver Eagle” revealed a singular talent.

A second single, “Rebelicious,” never made it to the marketplace. “We never got a solid release date on ‘Rebelicious’, ” Johnson says. “It was going to be a floating release date, whatever that was.” Johnson’s label, RCA, dropped him in the wake of a merger between Sony and BMG. At the same time, Johnson was going through a divorce. Still, he believes the experience was at least partially positive. “I just took what I could take from it, which was a great education paid for by RCA,” Johnson says.

He recorded a new set of songs and made them available as a digital-only release in 2007. The next year, Mercury Nashville signed him and released the collection, That Lonesome Song, with tracks added. With spare, warm production, That Lonesome Song recalls an earlier era in country music, but its sound is completely contemporary. “Mowin’ Down the Roses” celebrates the breakup of a marriage, while “Between Jennings and Jones” pays tribute to the musicians who have inspired Johnson. “High Cost of Living” examines the aftermath of his success in blunt, uncompromising terms. With his songwriting talent and his ability to command the listener’s attention, Johnson is an important figure in country music. As he says, “My favorite artists don’t so much come at you with them banging the table over what they believe. They just come at you with an observation about life.”