Posted in MusicWorld on September 13, 2010 by Alan Light 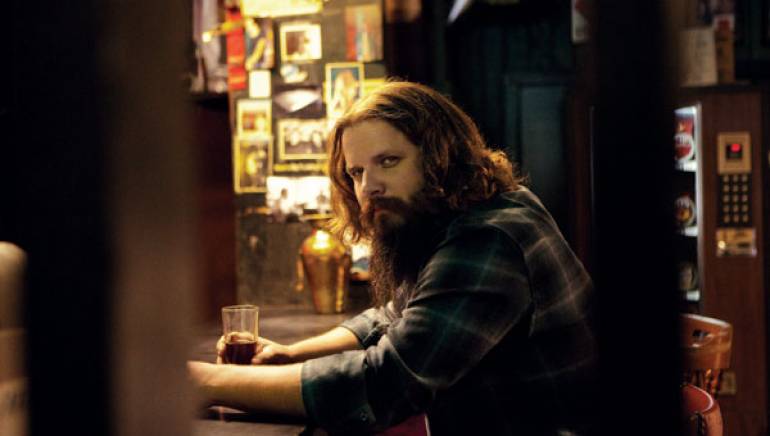 The year was 2008. In the bowels of Nashville’s LP Field stadium, the stars of the CMA Music Festival were making their media rounds. One after another, country music’s elite stepped to the microphone and said that everything they do is for their fans, smiling humbly as they explained that coming to the festival was a way to give their thanks for this support.

Every performer, that is, except one. Jamey Johnson—whose powerful, uncompromising album, That Lonesome Song, was just beginning a journey that would lead to gold sales, Grammy nominations, and CMA trophies—offered a different sentiment on this platinum-studded occasion. “I write these songs for me,” he said quietly. “I have no choice.”

Speaking from a Music Row studio two years later, Johnson claims that he still feels a different motivation from most of his fellow musicians, though he also doesn’t judge their intentions. “People do things for different reasons,” he says. “As long as they have an understanding of what they’re doing and why, they’re on the right path. I wouldn’t recommend my way for anybody else. I can only do what’s right for me.”

Johnson’s methods certainly continue to work out for the best. His new album, the riveting double-CD The Guitar Song, solidifies his position as one of the strongest songwriters to emerge in recent years in any genre. Recorded over the last four years, the set’s 25 songs (divided into a “Black Album” and a “White Album”) trace the decline and revival of one man’s life, through challenging personal relationships and tough economic times. While he stops short of calling the ambitious project autobiographical, 35-year-old Johnson maintains that all of his work comes directly from his own experience.

“My songs are just narratives and observations right out of my life,” he says. “Living this way makes you write this way, which makes you live this way, so it’s a never-ending cycle.”

The Guitar Song extends the achievement of That Lonesome Song, an album that Johnson wrote during a period of self-imposed exile following his divorce. After self-releasing a record that disappeared without notice, he had gained a reputation in Nashville for writing such hits as “Give it Away” (one of George Strait’s endless parade of #1s) and “Honky Tonk Badonkadonk” (a goofball smash for Trace Adkins). But those songs offered little hint of the unsentimental truths that would emerge on That Lonesome Song—which opened with the warning that “the high cost of living ain’t nothing like the cost of living high,” and reminded many listeners of the hard-fought honesty of old-school outlaws like Waylon Jennings and Willie Nelson.

Despite the rave reviews and sold-out shows, though, Johnson says that his approach to The Guitar Song followed the same path as always. “My writing process is fairly consistent, and I don’t think that’s ever really gonna change,” he says. “It’s the same today as when I was 16 years old.”

Asked if there are specific routines or rules he follows, he explains that there are several different approaches to writing a song. “There’s the mechanical side, the actual practicing of the craft,” he says. “You can set an appointment for 10 o’clock and sit down with a writing partner and write, and you’ll get the song you’re gonna get—not that those songs can’t be good, too.

“But what that really does,” he continues, “is that it keeps you in practice for when you’re up because it’s three o’clock in the morning and you get a song that you have to write, from your heart, your emotion. You need to be in shape to bring that out. Both schools are necessary—when it comes to writing a song, it’s whatever gets the job done.”

Alabama-born Johnson, a former Marine, went back to visit his old base on Parris Island earlier this summer. “They look real young now,” he says. “They didn’t look so young when I was there! I can’t believe I used to do that stuff every day—there’s no way I could get out and participate with them at that level now. But that’s always going to be part of who I am.”

As for claims that his music is a much-needed contrast to so much of today’s high-gloss, pop-friendly country music, Jamey Johnson maintains that he has never felt such a void. “I can’t say if it’s lacking for somebody else, but it’s always been there for me,” he says. “If you’re looking for music and you can’t find it, just ask around—people will tell you where to look.”