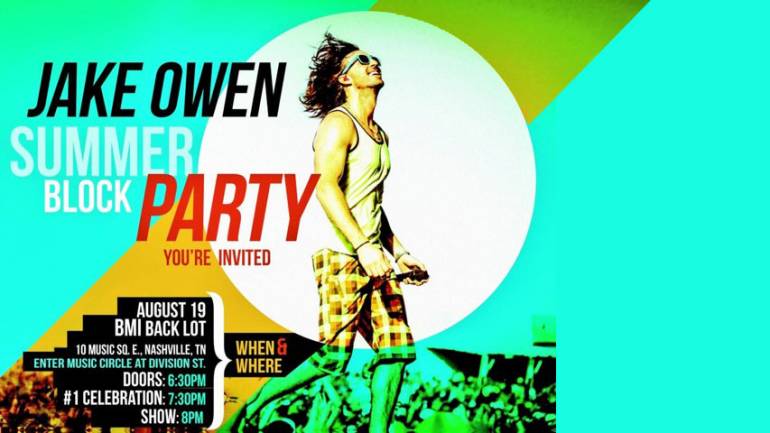 Broadcast Music, Inc. and country star Jake Owen plan to cap off summer in style – instead of opting for a traditional party for Jake’s smash hit and fourth consecutive #1 song, “Anywhere With You,” the celebration will take place in the form of a gigantic, free block party on the BMI Nashville Back Lot.

Jake announced the concert to his fans via Twitter earlier this week and it is expected to draw thousands from around the country. The party is set for Monday, August 19, 2013, and will feature concert openers the Cadillac 3, as well as a presentation honoring “Anywhere With You” BMI songwriter Jimmy Yeary and co-writers David Lee Murphy and Ben Hayslip. There will also be a variety of food trucks, so come on out!