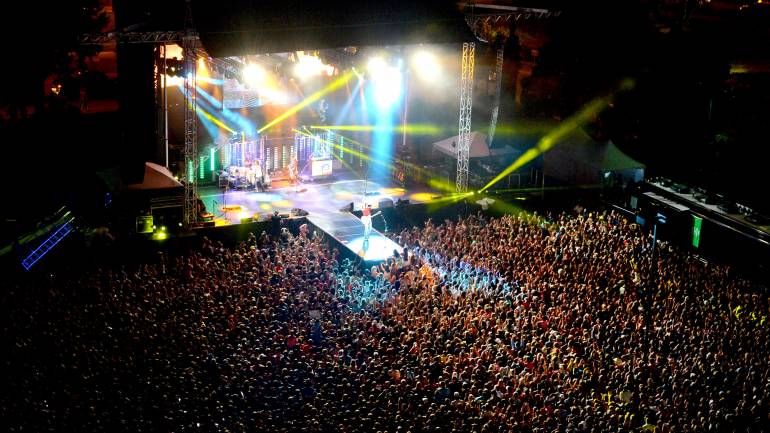 Broadcast Music, Inc. hosted its biggest #1 party ever last night celebrating country star Jake Owen’s hit “Anywhere With You,” written by BMI songwriter Jimmy Yeary along with Ben Hayslip and David Lee Murphy. The free Summer Block Party was held in BMI Nashville’s back lot, with a gathering of more than 20,000 fans who traveled from all over the country and began lining up around the perimeter of the BMI building hours before the gates opened at 6:30 p.m. Kicking off the event was Big Machine Label Group’s new trio the Cadillac Three. Owen, who started his set with the #1 song, was joined onstage later by some of country’s finest including Florida Georgia Line, Dierks Bentley, Thomas Rhett and Dee Jay Silver, and proceeded to push the envelope on Nashville’s 11 p.m. sound curfew for public events. Rock on, Jake.