Posted in MusicWorld on February 17, 2008 by Kevin Zimmerman 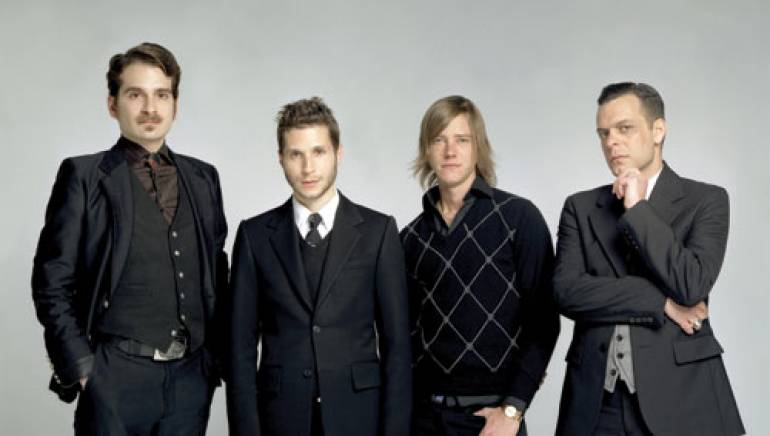 New York City-based four-piece Interpol made its bones by delivering sharply-executed, stripped-down rock that has invariably been called “angular” and “atmospheric” by rock critics whose thesauri haven’t been updated since 1985.

Yet while comparisons to post-punk progenitors like Joy Division and Gang of Four aren’t entirely off base, Interpol has recently been expanding its musical and emotional palette, as evidenced by its third album, Our Love to Admire (Capitol).

“We never really talked about what we were going to do for this record,” says guitarist Daniel Kessler. “You can talk about wanting to do this and wanting to do that, but it doesn’t really get us anywhere. I wouldn’t have been able to predict that we would have made this record.”

Interpol grew out of a partnership between Kessler and fellow New York University student Greg Drudy (drums), which eventually expanded to include fellow NYU friend Carlos Dengler on bass and keyboards, and Paul Banks, a guitarist/vocalist whom Kessler had met in France. Soon after the band started playing gigs in 2000, Drudy was replaced by current drummer Sam Fogarino.

“On this record, basically, when we started writing we were very, very open to any route that we wanted to take,” Dengler says. The result is an album he half-jokingly calls “our Bruckheimer masterpiece,” and given its epic swirl — and growing commercial success — it’s a point that’s hard to argue.