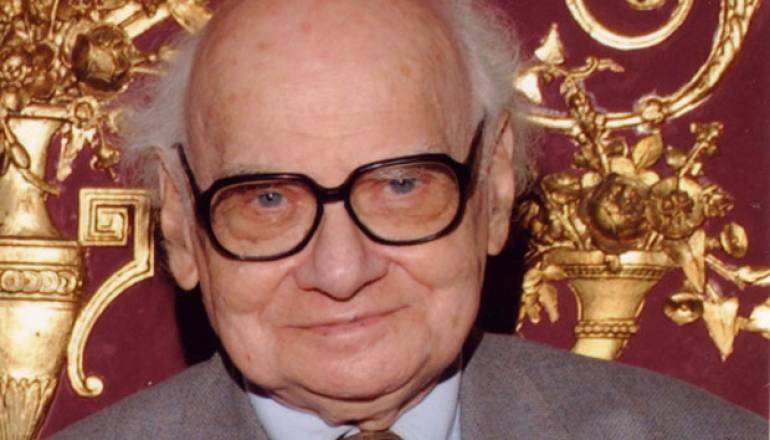 Milton Babbitt, an influential composer, professor, author and Chair Emeritus of the BMI Student Composer Awards, died of natural causes on January 29 in Princeton, N.J. He was 94.

Babbitt, a longtime BMI composer, was born May 10, 1916 in Philadelphia, and grew up in Jackson, Mississippi. At the age of four, he studied violin, which led him to become a proficient clarinet and saxophone player. He later studied philosophy at the University of Pennsylvania and composition at New York University before studying privately with Roger Sessions.

In 1938, he joined the Princeton composition faculty and later held posts at the Juilliard School; the Salzburg Seminar in American Studies; the Berkshire Music Center; the new music academy at Darmstadt, Germany; and the New England Conservatory. Babbitt also served on the Advisory Panel of the BMI Foundation, Inc.

Milton’s compositions — usually structurally complex and highly organized — were rooted in Arnold Schoenberg’s serial method, a system where a composer arranges the 12 notes of the Western scale in a precise order called a tone row. This system can be heard in Babbitt’s Three Compositions and Composition for Four Instruments. He also composed Composition for Synthesizer and Ensembles for Synthesizer, two orchestral pieces using RCA’s Mark II synthesizer, which was a centerpiece of the new Columbia-Princeton Electronic Music Center.

BMI honored Babbitt with a Lifetime Achievement Award in 1996 on the occasion of his 80th birthday, citing his “timeless contributions to American culture as a composer, author, innovator and educator.”

Babbitt is survived by his daughter, Betty Anne Duggan, and two grandchildren, Julie and Adam.