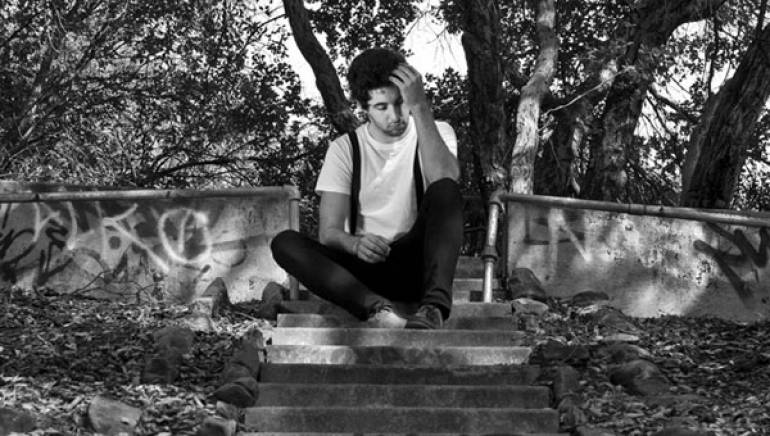 LA-based indie/folk artist Vinnie Ferra began his career in 2009 when he decided to quit working in the music industry and pursue his passion for songwriting and performing. After spending about a year building a fan base in LA, Vinnie moved to Boston for four months to record his debut album, Man vs. Machine, released in July 2010. The buzz from the album as well as his live shows has lead to some amazing opportunities, including opening of Edward Sharpe and Magnetic Zeros and tours on both coasts. Album track “Bad For Business” was featured in MTV’s Real World Las Vegas. Most recently, Vinnie finished a three-week residency at Hotel Café, during which he recorded and released three new demos—one for each show—available for free at vinnieferra.bandcamp.com.