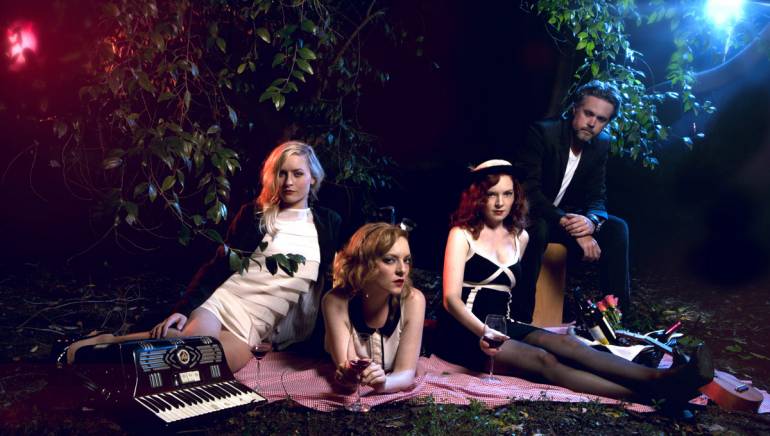 The Dahls, a transcendent L.A.-based Indie band fronted by radiant twin sisters Melinda Dahl and Caitlin Dahl, have built a solid fan base that grows increasingly with each live performance, and have released their first full-length album, Midnight Picnic, now available on iTunes. Joined on keyboards by Emily Isacson, and backed on drums and bass by Ryan Carman and Omar Velasco, The Dahls present a sound as lush, as nuanced and as powerful as the Dahl sisters themselves, and a look that recently prompted local musician Michael Gurley to muse, “This has to be the best looking band in L.A.!”
www.thedahlsmusic.com