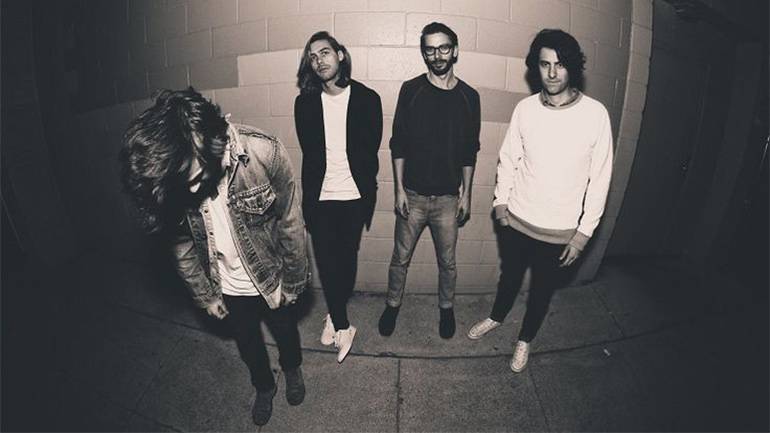 While they’d already accrued a sturdy reputation from playing the Los Angeles circuit for a few years as Vanaprasta, Collin Desha, Taylor Brown, Cameron Dmytruk and Steven Wilkin recused themselves from their comfort zone under the counsel of indie musician Rocco DeLuca (their “musical shaman”) to reinvent themselves as Sun Drug, a brand new ensemble that gives full sway to its members’ more sonically adventurous tendencies. Though markedly less conventional than their former incarnation, Sun Drug pairs its newfound expansively psychedelic sound with an endearingly stubborn penchant for melodies and hooks. As a result, while tracks on their debut EP like “Wildman,” “Easy in Your Attitude” and the otherworldly “Soaked” evoke a widescreen vista of sound (buoyed by a trio of genuinely dazzling videos), the piercing falsettos and chiming guitar hooks keep proceedings just grounded enough. While their ultimate destination remains to be charted, Sun Drug’s ascendance is already promising to be a thrilling journey.