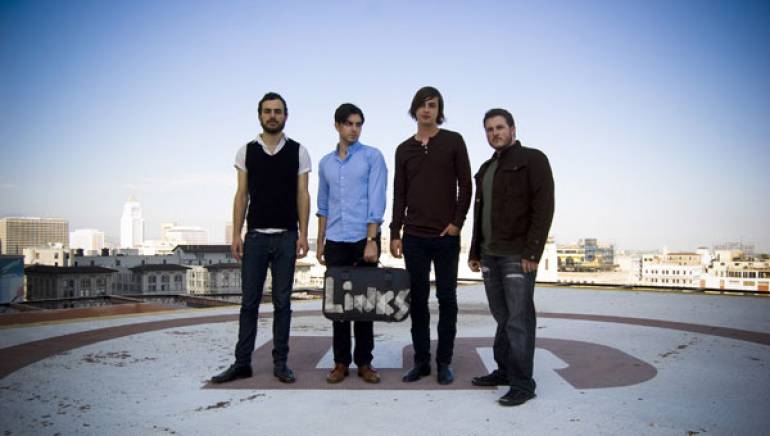 From the moment Robbie Arnett and Eric Frank got together with a couple guitars and big ideas, it was clear that something extraordinary was in the works. Through trading music and writing songs in every spare minute of their time, they discovered a love of groove, soul, and spirit found in the rock and roll of the 70s. They set out to form a group that retained that old blues and dirt that they loved, all while having a slick and tightly honed modern sensibility. In 2008, they joined forces with drummer Curtis Marrero and bassist Robby Barnett, and Links was born. The buzz and excitement began to build as the quartet played shows at a feverish pace. Their first EP, “Tip Your Jester,” is a testament to how much these four men have grown in the year that they have been together. After a summer of touring, the band entered the studio yet again, this time, with veteran producers and Blind Melon members Christopher Thorn and Brad Smith helming the boards. The new EP, entitled “Echo Dogs,” is set for a 2010 release.