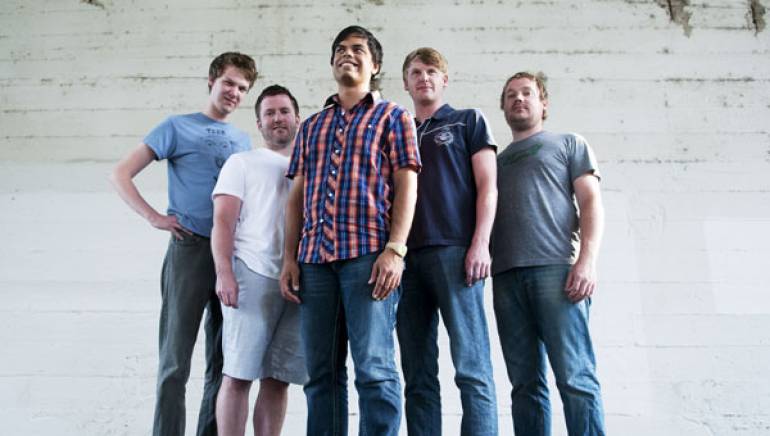 Hunting Club takes aim with its debut self-titled LP: Drawing from a range of artists (Elliott Smith, the Pixies, Portishead and Prince) Hunting Club melts away the thick ice of Minnesota by creating a lush and highly orchestrated sound that bends the ear with drones of happiness and sadness. A group of multi-instrumentalists who oscillate between keys, drums, guitars, and auxiliaries (sometimes mid-song), Hunting Club’s approach to songwriting leaves each song to grow within its own fragile space. The band’s first full-length album was recorded over several months in the Club’s home-recording studio in Northeast Minneapolis, in Vaudeville Studios with Jeff Halland (Houston, Rockford Mules, Casanatra).