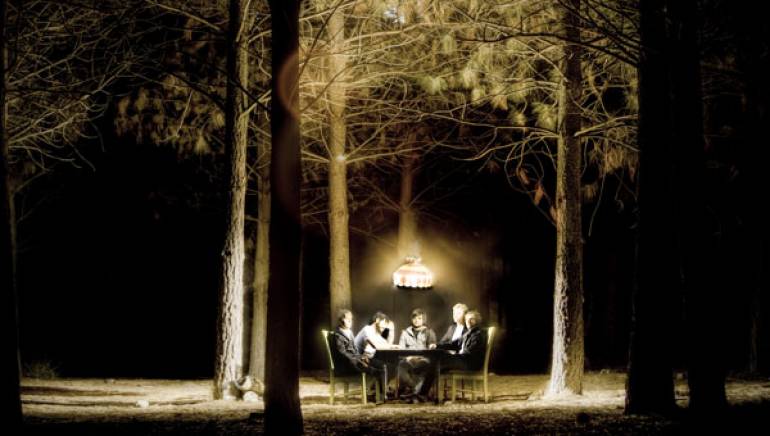 Halos officially embarked on its journey in 2006 when frontman Dan Lyman landed in Orange County, CA, after his own nomadic touring where he spent months crisscrossing the U.S.A. He recruited a trio of talented musicians that included bass player John Hoge and keyboardist Josh Huber. The result was a melodic and addictive blend of modern indie rock infusions dotted with elements of the band’s influences, including the late greats, coupled with the more vivid and lyrical sound of new rock, and sprinkled with an occasional twang of country. In 2008, Halos brought in guitarist Zak Freedman and drummer Sotiris (Sam) Eliopoulos, and ever since, the five-piece has been creating a plethora of original, infectious tunes.