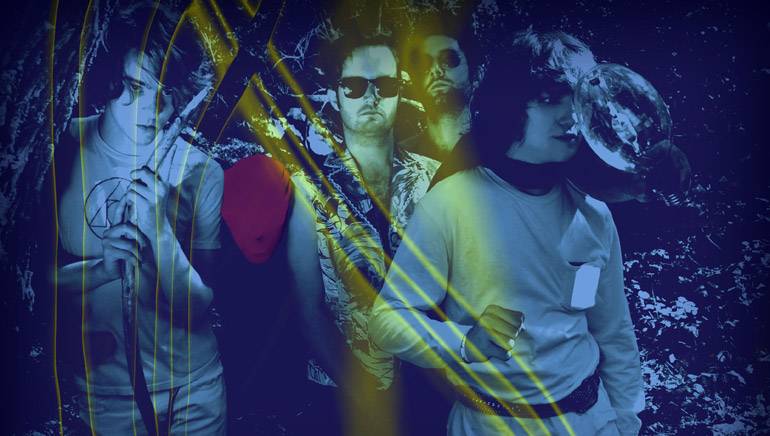 While listening to Fever the Ghost’s electronic, synth-heavy pop, make sure to picture bright lights and swirling colors, the perfect visualization of their eclectic, upbeat songs. They’ve been featured in Interview magazine, Buzzbands LA, and praised for their hallucinogenic tunes by KROQ. NME Magazine also named Fever the Ghost buzz band of the week shortly after they signed to Heavenly Records. Their debut EP, Crab In Honey, is full of playful psychedelic riffs and bouncy beats. The band has been touring relentlessly since the release, putting on incredible live performances with intricate light-shows and patterns projected over the entire band. Look for a full length album by these guys in early 2015.