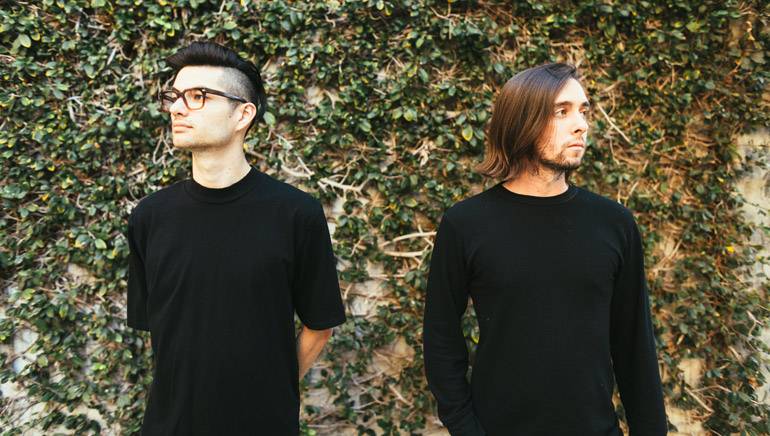 FEiN (pronounced “fine”), the SoCal-based alternative duo, was hatched at USC’s Thornton School of Music when drummer Brandon Woodward and guitarist Luke Walton began collaborating while students of the Popular Music Performance program. Since graduating, the pair has been producing and engineering from Tiny Giant Recording, their Westlake Village studio. Comfortably trading off on lead vocals, Woodward and Walton set out to write and record a concept album. Little Homes, released last May, is a sixteen-song journey that delves into issues as diverse as homelessness, cosmetic surgery, gun worship, and metaphysics. Citing Pixies, Nile Rodgers and St. Vincent among their influences, FEiN’s Little Homes seamlessly blends elements of alt-rock, hip-hop, and funk, with an uninhibited style that seems to shift effortlessly from track to track. “Sculptor” is haunting and intense, while “Girl You Can’t Hide It” sparkles with touches of pulsating electronica that evoke early Depeche Mode. But it’s the catchy but brutally honest debut “#Grownupz,” which entered Spotify’s U.S. Viral 50 at #4 and garnered more than half a million streams across services, that has major anthem potential and feels like a song you’ve known for years.