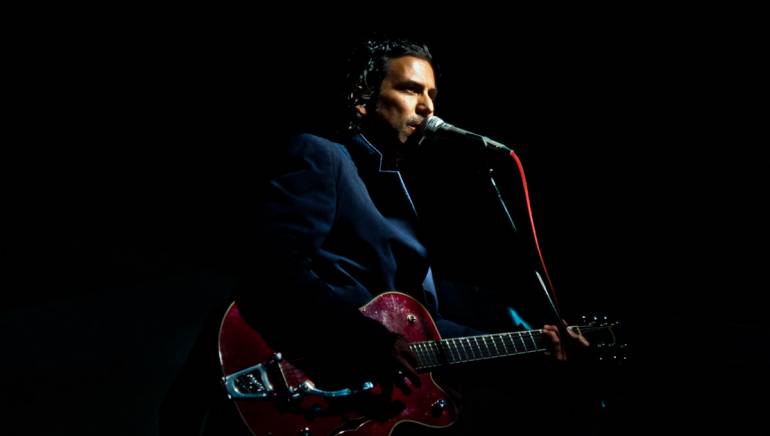 Davíd Garza is getting philosophical on his newest album, Human Tattoo. “So much of what I hear people singing about is what I want, what I feel, what I deserve,’’ he muses. “I’m trying to ask questions like, who are we? Where did we come from? Where are we going?” Garza’s been making his mark since the late ’80s, when he emerged from the fertile Austin, Texas music scene with his inimitable blend of glam-rock, power pop, Latin folk and blues. And even though he’s had major-label success (as well as a bevy of indie releases under his belt), nowadays, you won’t usually find the multi-instrumentalist and singer-songwriter playing in rock clubs with neon lights. He gravitates instead to spaces where crowds embrace the unexpected. Sometimes that’s meant crooning between sculptures in an art museum, busking under a pagoda in downtown New Mexico, strumming in a Pasadena park’s band shell or tracing a history of Mexican protest songs at an international peace conference.