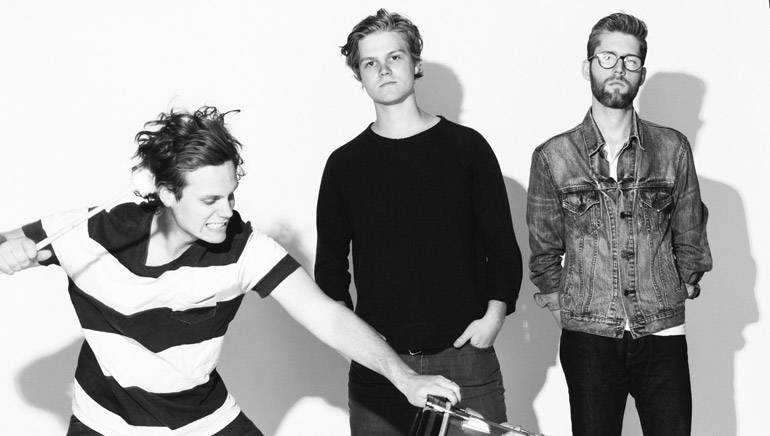 With an incredibly dedicated fan base, a well-crafted sound and relatable lyrics, Nashville-based Colony House is clearly on the scene to stay. Brothers Caleb and Will Chapman, along with Scott Mills, have recently released their debut full-length, When I Was Younger, which was produced by friends Joe Causey and Ben Shive. This project followed a trio of self-released EPs that have drawn audiences into sounds influenced by The Killers, U2, Interpol and New Order, with deep, personal messages about faith, family and looking toward the future. The sons of Christian Contemporary star Stephen Curtis Chapman, Caleb and Will have been around music for as long as they can remember, and, upon uniting with Mills in 2009, sparked their writing into hyper-drive. The best friends use their closeness as a foundation, treating the band like any other relationship, putting time and effort, and at times, sacrifice and compromise, into the group. Each song tells a story of the emotions experienced in daily lives of everyday people: joy, frustration, confidence, confusion and even grief, a theme that pops up in a few tracks to help the brothers work through mourning the accidental death of their 5-year-old sister in 2008. Their performances are open and honest tales, and SXSW is sure to be another top-of-the-line, riveting set from these breakout stars.