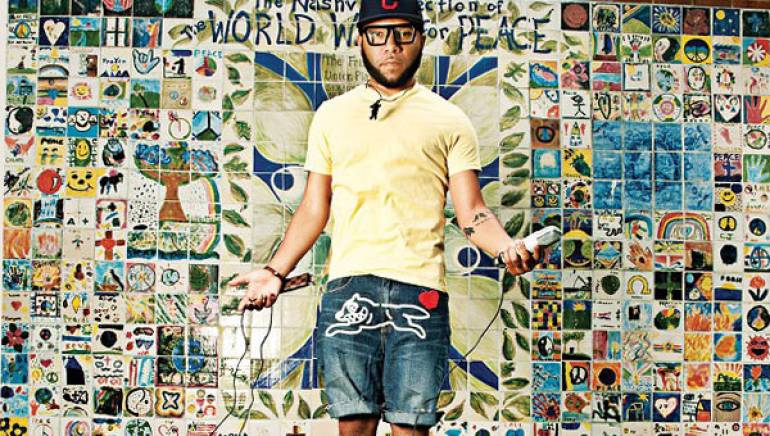 Chancellor Warhol is a Nashville-born, Souther-bred mc with the raw chops to turn grand ambitions into reality. His sound has been dubbed “cyber-rap”—a reference to its dreamy electro-laced grooves. An indie rock sensibility also informs Chancellor Warhol’s hooks, but there’s no navel-gazing here: in every track, the dance floor beckons. He was crowned one of three champs of BMI’s Nashville-based Road to Bonnaroo 2011 competition, earning a coveted slot at the festival in Manchester, TN. Chancellor Warhol drew a sea of people to Bonnaroo’s On Tap Lounge during his set, earning an enthusiastic army of brand new fans.