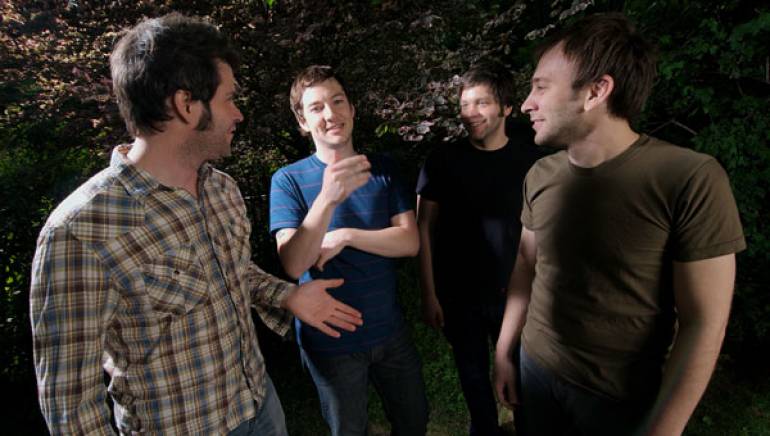 Coming together through a shared reverence for volume and reverb, Apteka formed in 2006 to play rock music inspired by everything from psychedelic rock bands Flower Travellin’ Band and early Black Sabbath to late 80s/early 90s noise pop acts Jesus and Mary Chain, My Bloody Valentine, and Ride. According to Said the Gramophone, the band is a polygamous marriage of paradoxical combinations: “If The Clientele were a punk band: people prone to fistfights with their brothers, with flicking light-switches til they break. If snowstorms shed sparks or cicadas caught fire. If you longed so much for something that you could never sleep again. Or if all your friends started playing electric guitars at once.” Since playing their first show, Apteka has toured extensively, and supported groups such as Band of Skulls, Spectrum [ex-Spacemen 3], A Sunny Day in Glasgow, The Most Serene Republic, and The Blakes.