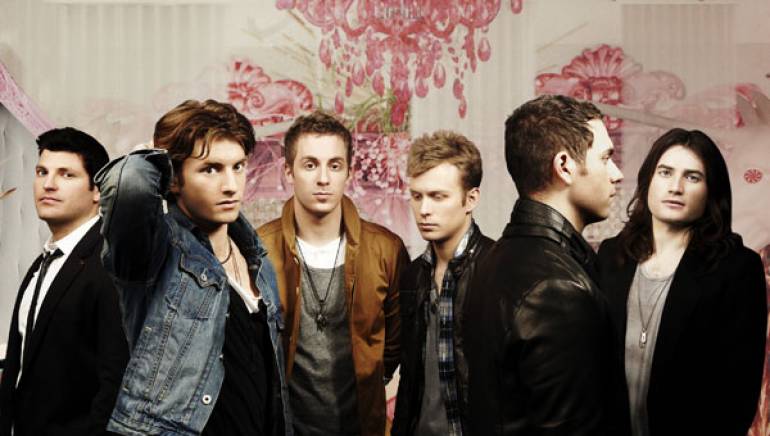 2AM Club know how to throw a party—and it’s not one you’re going to forget the next day. Funk, pop, rock, blue-eyed soul, hip-hop, new wave, and electro all converge to create a genre-bending sound that’s completely unique, instantly relatable, and practically begging to be danced to. 2AM Club signed with RCA Records in September 2008. Since then, they’ve relocated to NYC, where they’ve been sequestered in the studio with seasoned producers Sam Hollander and Dave Katz (Boys Like Girls, Katy Perry, Gym Class Heroes), recording tracks for their debut album.