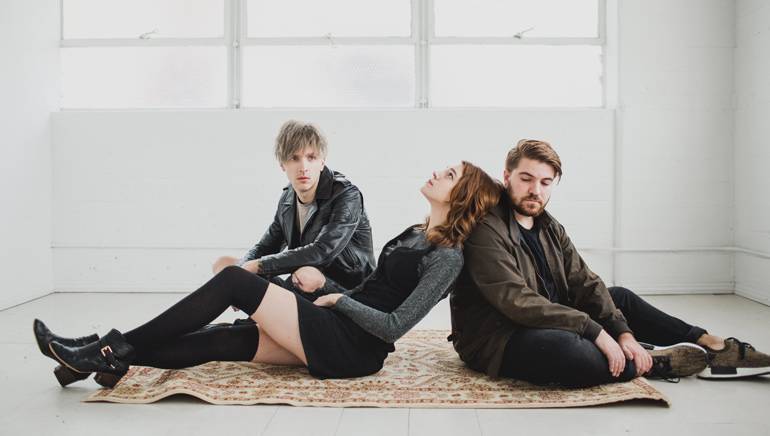 The origin story of WILD, a Los-Angeles–based trio, might be described as a series of lucky coincidences. Tyler Thompson (producer/bass) and Zach Daegatano (guitar/vocals) met through a mutual friend and began writing soulful, pop-influenced songs. Then they met Lauren Luiz, and they knew the former opera singer’s powerful vocals would complete their vision. In 2015 they released “Vagabond,” their first single, a vibrant, pulsing anthem that builds to a catchy chorus and inspired Mark Jowett, founder of Nettwerk Music Group, to sign them. To date, WILD has 450,000-plus listeners a month and more than 10 million combined streams on Spotify. They have also been featured on Sirius XM’s “Train Tracks with Pat Monahan,” “Youtube 15” with Jenna Marbles, and performed live at SXSW and Napa’s Bottlerock Festival. Their music has been licensed for high-profile television spots, including one of the 2016 Pepsi emoji commercials (“For You”) and on MTV’s reality romance show Catfish (“Bonnie & Clyde”). It’s tough to believe WILD has achieved such success without an EP, but that will soon change when the band’s debut album drops. “Here We Go,” the EP’s jubilant first single, is an inspiring, get-up-and-dance track that will inspire listeners to face their fears. As buzzbands.la wrote, “If ‘Here We Go’s” cherubic pluck doesn’t inspire at least one feat of derring-do, you need to stop locking yourself in your basement.” The band confirmed this, adding, “It’s about leaving behind the baggage of the past and making that leap of faith towards something better … getting out of your comfort zone and taking risks to achieve any dream you may have.” WILD has some of their own, well, wild plans for the future, which include creating a full-length album with help from big-deal songwriters such as David Hodges (Carrie Underwood, Keith Urban) and Shep Goodman (MisterWives, Ingrid Michaelson).