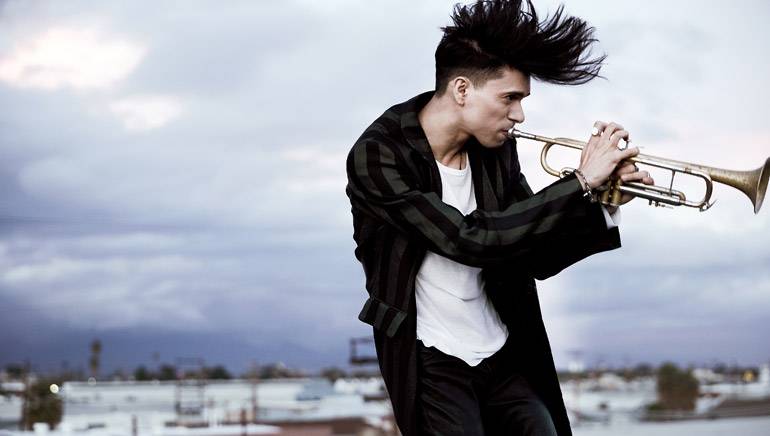 Versatile multi-hyphenate Spencer Ludwig brings a lot to the table. As a trumpeter, singer, producer and dancer with pronounced style and a penchant for jazzy, soulful pop, Ludwig imbued Capital Cities’ multiplatinum-selling debut album, In a Tidal Wave of Mystery, with his signature horn-playing (most notably on the hook for their double-platinum selling single, “Safe and Sound”). As a solo artist, Ludwig practices a swaggering soul sound and isn’t afraid to showcase his blazing musicianship, evident in his infectious singles, “Diggy,” “Right Into U” and “Good Time People.”