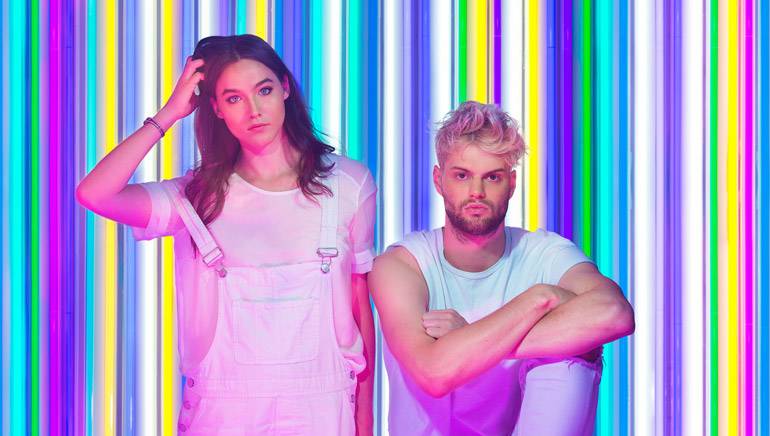 Despite a high-profile ad placement and a GRAMMY nomination, NYC-based duo Sofi Tukker (Sophie Hawley-Weld and Tucker Halpern) came together practically by accident. A restless citizen of the world with musical aspirations she initially wouldn’t acknowledge, Hawley-Weld encountered the formerly hopeful professional basketball player Halpern at an art show at Brown University, after an illness had sidelined his athletic aspirations. While bedridden for months, Halpern had taught himself music production, which blossomed into a full-time field of study for him. After only a couple of months’ collaboration, the pair wrote the song “Drinkee” (featuring Hawley-Weld cooing lyrics in Portuguese) which became a wildly successful viral track, reaching the top of Spotify and iTunes charts around the world, earning a GRAMMY nomination for Best Dance Recording and scoring a high-exposure commercial for Apple Watch. Already renowned around the globe, Sofi Tukker’s story is still just beginning.