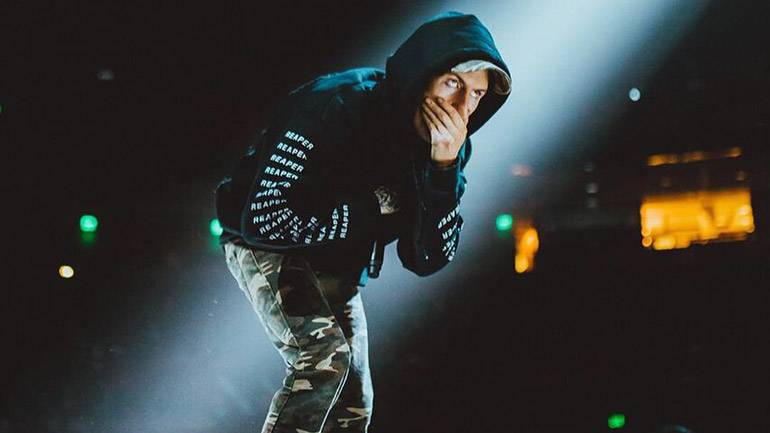 The enigmatic guise of Vermont singer/songwriter Joe Mulherin, nothing,nowhere plays an introspective blend of hip-hop and guitar-driven emo rock. While he continually hides his face in videos and promotional photographs, Mulherin’s lyrics pull out all the stops in baring his soul. His most recent release, the BLOODLUST EP with Travis Barker, dropped in September, and his 2018 song, “hammer,” remains a top performer with nearly 20M streams on Spotify. nothing,nowhere, has spent the better part of the year on stage, touring with Grandson, headlining his own shows, and appearing at festivals like Pot of Gold, Pukkelpop, Bumbershoot, and Lollapalooza.