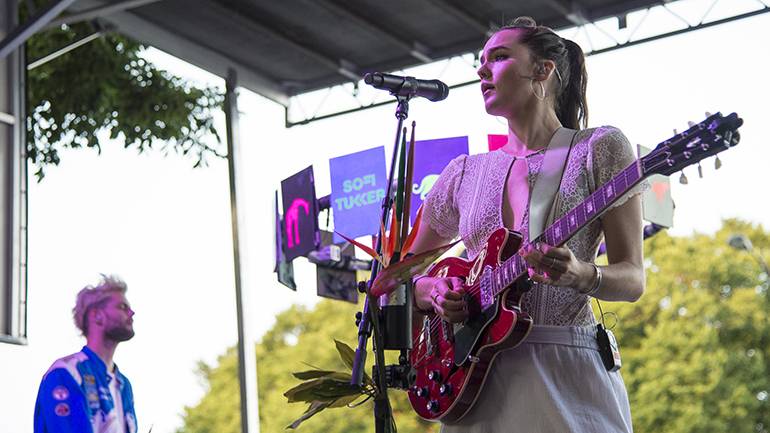 After only a few months of collaborating and drawing inspiration from the throbbing house beats of the ‘90s, Sofi Tukker (a dance duo composed of Sophie Hawley-Weld and Tucker Halpern) wrote and released the 2016 viral hit, “Drinkee.” The song earned a GRAMMY nomination and placement in an Apple Watch commercial, further propelling its success before the pair landed on the BMI stage at Lollapalooza in 2017. Since that performance, they have released a steady string of singles like “COPYCAT,” “Purple Hat,” and a remix to Katy Perry’s single, “Small Talk.” Additionally, their 2018 album, Treehouse, was nominated for a GRAMMY for Best Dance/Electronic Album, and their music has been on soundtracks to films likes like Birds of Prey and To All the Boys: P.S. I Still Love You. ST’s song with Nervo and The Knocks, “Best Friend,” cracked the Billboard Hot 100, and their work has found international success in markets across Belgium, the Netherlands, France, and Canada. Despite the pandemic, they have continued creating and releasing new music like “House Arrest,” “Good Time Girl,” and their latest offering, “broken people,” with almost monday.