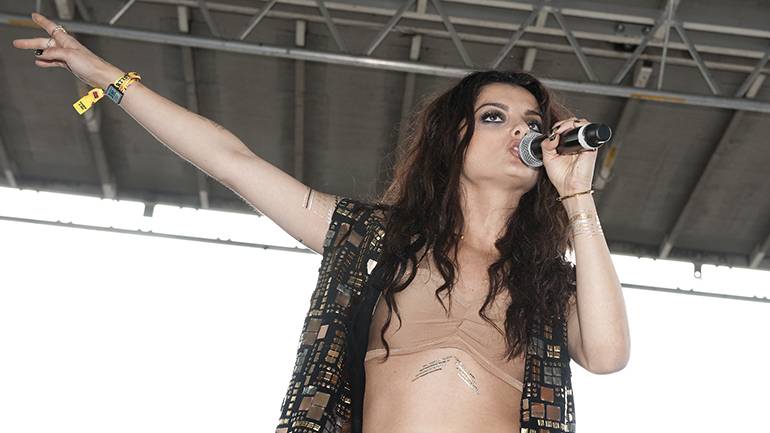 Bebe Rexha’s career was meant to be. Her 2011 debut on BMI’s Lolla stage was one of many milestones this singer/songwriter has accomplished, and in 2012, she became one of the youngest recipients of the Abe Olman Scholarship Award from the Songwriters Hall of Fame. Rexha, a New York native who used to commute from her home in Staten Island to attend workshops at BMI, is now an established artist and a go-to songwriter/collaborator for music heavyweights like David Guetta and Nicki Minaj (“Hey Mama”), Martin Garrix (“In the Name of Love”), Rita Ora (“Girls”), and the Chainsmokers (“Call You Mine”). Her first solo single, “I Can’t Stop Drinking About You,” was released in 2014, and she has continued releasing solo music ever since; her All Your Fault EPs and her debut full-length, Expectations, fared well on charts around the world. Singles-wise, her biggest hit to date is the song “Meant to Be” with Florida Georgia Line, which spent 50 consecutive weeks at #1 on Billboard’s country charts. The song also went 9X platinum, earned several BMI Awards, and was given a GRAMMY nomination, the same year Rexha was nominated for Best New Artist. She most recently co-wrote “Crowded Room” for Selena Gomez’s #1 album, Rare, contributed to the Maleficent: Mistress of Evil soundtrack, and released solo singles like “Last Hurrah” and “Not 20 Anymore.” Rexha remains hard at work on her upcoming sophomore album.