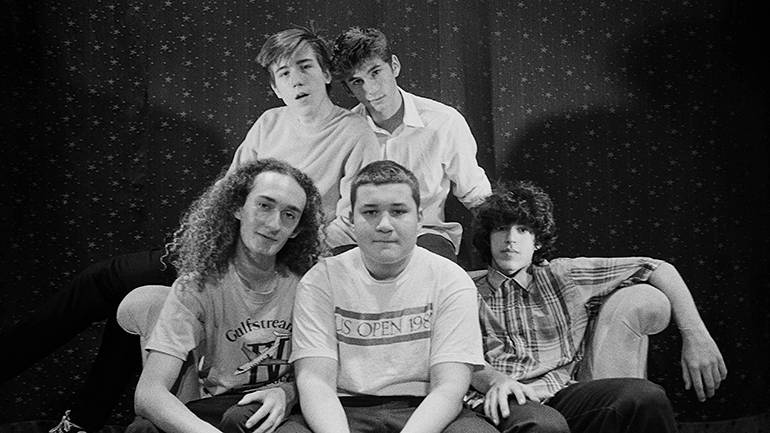 Most of us look back on our high school days with nostalgia for carefree days spent with friends. The boys of LAUNDRY DAY can do that too, except when they look back, they will remember recording and releasing their third album by their junior year. With an intense drive that is well beyond their years, the five-piece band began work on their first LP, Trumpet Boy, in late 2017, and one month later, they released an EP called Light Up Shoes as a demonstration of their sonic evolution. In June 2018, their album, Keep it Bright, proved that the guys’ camaraderie and experimentation had only continued to grow and evolve, and after several live gigs in in NYC, it is clear that their audience is along for the ride. LAUNDRY DAY’s inventive melodies and memorable lyrics have given way to over 2 million streams across all platforms, and their latest release, HOMESICK, dropped in March. With upcoming shows booked across North America and the UK, the guys have come a long way from their bedroom studios and will soon be playing on a stage near you.