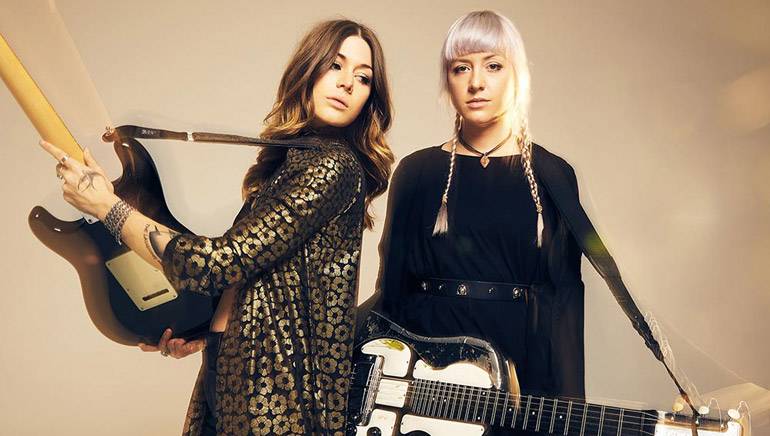 Contemporary blues-rock duo Larkin Poe is a sister act comprised of Atlanta-natives Rebecca and Megan Lovell, who relocated to Nashville to pursue their musical ambitions. Named for one of their familial ancestors who was also a distant cousin of Edgar Allan Poe, Larkin Poe’s music mines a reverent blend of blues and Americana with the patina of a Southern Gothic sensibility, punctuated by the sisters’ seamless harmonies and gritty interplay between electric and slide guitars. The sisters have steadily won critical kudos on both sides of the Atlantic and amassed a fervent following on Facebook. Their debut LP, Peach, arrived in the fall of 2017, with a mix of classic covers and emphatic original songs.

Larkin Poe will be playing the BMI Stage at Lollapalooza 2018. Click here to find out more.