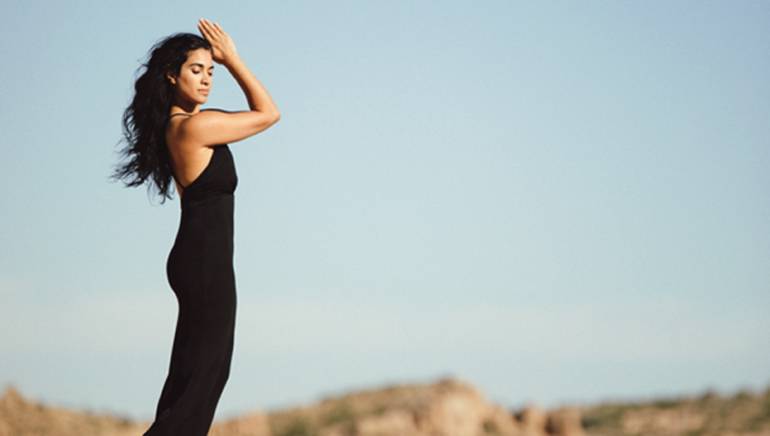 Her Departure is the musical identity of Radhika Vekaria, whose songs represent a global journey of self-discovery. Born and raised in London, and now based in Los Angeles, her music takes cues from her Indian and African roots and captures a celebration of womanhood and humanity. Within the cinematic expanse of her new EP, Earth, Her Departure merges styles of world music with electronic pop and experimental vocal techniques into a lush, contemporary sound inspired by nature and the timeless elements of air, earth, water and fire. Having played and recorded with artists such as Nitin Sawnhey, Eddie Palmieri, Prince, and various UK pop acts, as well as collaborated with theatrical performances including Cirque du Soleil, Her Departure’s music transcends eras and touches upon the universal narrative.