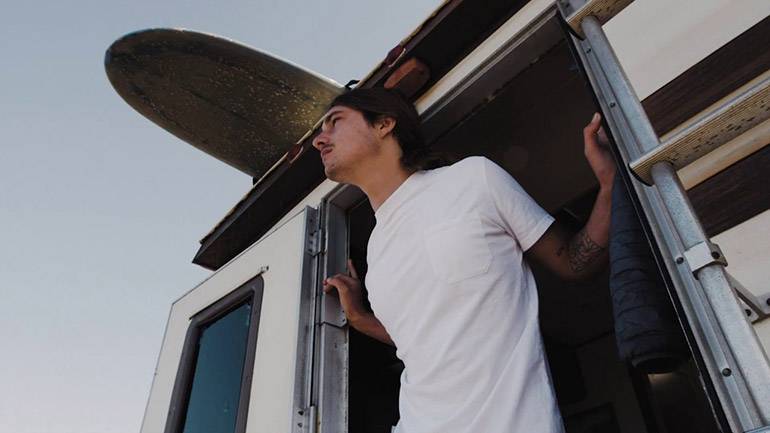 Griffin Washburn, better known by his stage name, Goth Babe, lives a lifestyle as unconventional and unexpected as his music. Currently living in his Ford F-250 with his dog Sadie, he makes music that could be described as “raw,” “garage,” and “surf.” His lo-fi indie pop jams—which he writes, records, and produces himself—are created in his truck or in its attached camper as he travels throughout the U.S. playing shows. The Tennessee native’s 2018 single, “Sometimes,” has been streamed on Spotify more than 9 million times, and his most recent EP, Mt. Hood, dropped in July.