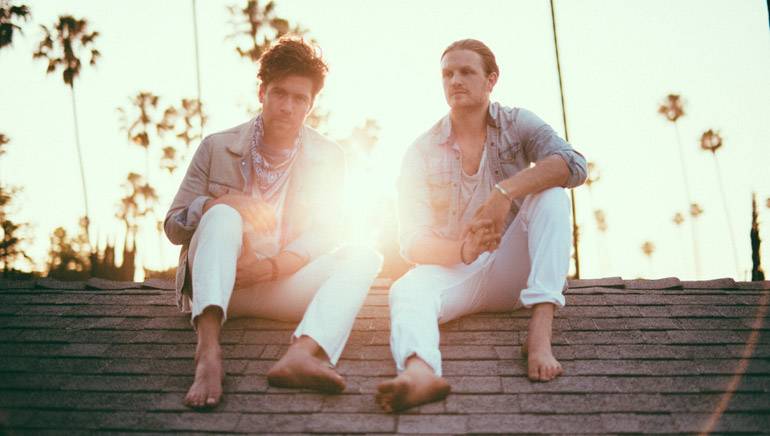 Frenship is the L.A.-based duo of James Sunderland and Brett Hite, who first came together via a mutual love of the stirring pop of the 80’s. The duo’s sound is crisp and anthemic, lushly produced and brimming with soaring choruses over driving, electronic beats. Frenship signed to Columbia Records and released their debut EP, Truce, in the fall of 2016, featuring tracks like the cinematic “1000 Nights” and the platinum-selling “Capsize” (featuring Emily Warren), which currently has more than 410 million Spotify streams. Frenship has also been touring for the last several months; stops have included the BMI stage at Lollapalooza, San Francisco’s Outside Lands and Life Is Beautiful in Las Vegas, as well as multiple performances supporting Bastille.