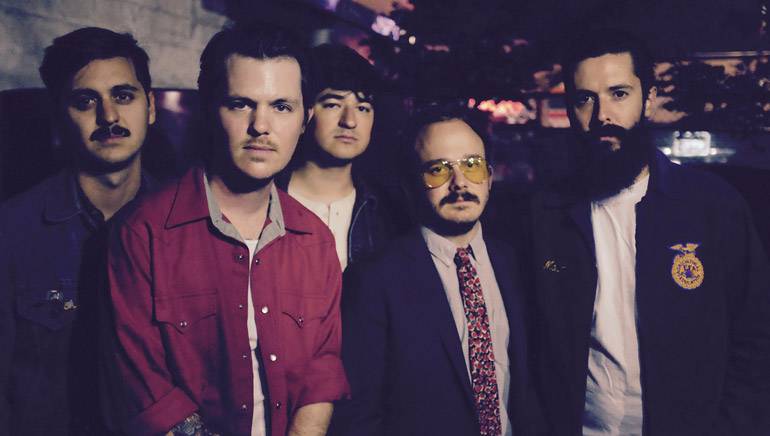 The Los-Angeles–based band Emerson Star began as a guitar-and-vocals group consisting of brothers Shannon and Taylor Inouye, and Sean Thomas, a friend from childhood. The addition of Garret Lang (bass) and Colin Fahrner (drums) added rich new dimensions to their melodic, indie-pop sound, and the group released a debut album in 2014 as well as last year’s follow-up EP Great Escaper. “Wasted,” the first single from their upcoming album, was produced by Wally Gagel (Best Coast, Muse, Lykke Li). The song brims with pulsing rhythms and fuzzy guitar chords that, despite its catchiness, also give it a dark, introspective mood. “The song is about when the party starts to spill over into the rest of your life,” Shannon Inuoye tells buzzbands.la, adding, “it stops being fun and starts to feel like a trap.” Emerson Star, who is newly signed with Wax LTD Records (Zella Day, Family of the Year), performs regularly at Los Angeles venues such as The Echo (where they recently played a sold-out show), The Satellite and the Bootleg Theater. But their travel schedule will get even busier in 2018 as they begin a tour through North America and Europe.