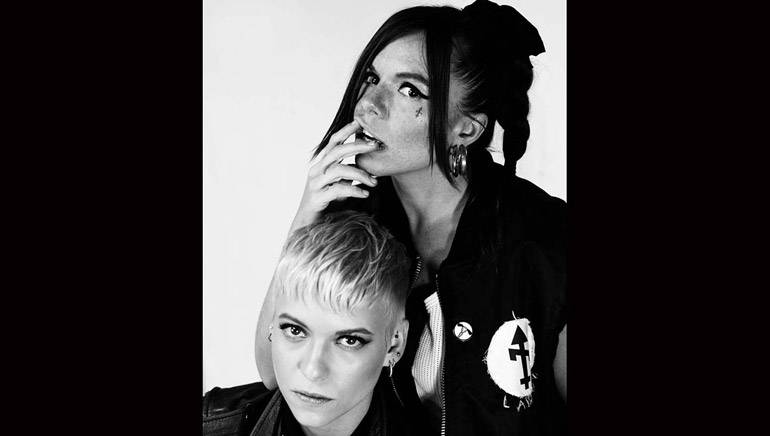 To hear them explain it, British duo Bones is “leading the charge of taking rock’n’roll firmly into the 31st century.” Comprised of vocalist Rosie Bones and guitarist Carmen Van Den Berg, the band has already racked up some serious cred to back up their claim. After hearing an early gig by the duo in London’s Camden Town, rock legend Jeff Beck asked Bones and Van Den Berg to collaborate—as both co-writers and players—on his 2016 album Loud Hailer. Upon seeing the video for their third and most recent single, “Beautiful Is Boring,” Nylon praised Bones for their “Trent Reznor-level cool.” Their music has been featured on series including Orange is the New Black, Transparent and The Vampire Diaries, as well as commercials for Apple and Victoria’s Secret.

BONES (UK) will be playing the BMI Stage at Lollapalooza 2018. Click here to find out more.