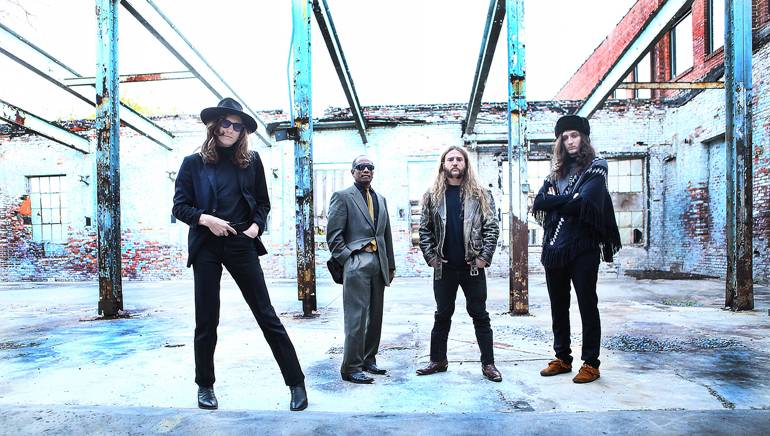 In the beginning, the Nashville-based band Blackfoot Gypsies had only two members: guitarist and singer Matthew Paige, originally from Oregon, and drummer and Music City native Zach Murphy. The pair joined forces in 2010, and Paige explains one of the early challenges. “Making enough noise to fill out the sound—I started playing through two amps.” Three years and three records later, they branched out into a foursome, recruiting bass player Dylan Whitlow and harmonica player Ollie Dogg, a veteran of the Nashville blues scene. Although the Blackfoot Gypsies calls The Rolling Stones a major influence and weaves in elements blues, hillbilly and punk, they never default to imitation, instead creating their own gritty, energetic catalog of danceable songs. Their latest LP, To the Top, includes collaborations from some of Nashville’s leading artists, including singer Margo Price and steel guitarist Spencer Cullum, Jr. As The Kentucky Kernel wrote, “They somehow manage to navigate the fine line between organization and chaos to produce a record beautiful and diverse in sound, equipped with ups and downs that grab the listener’s attention.”