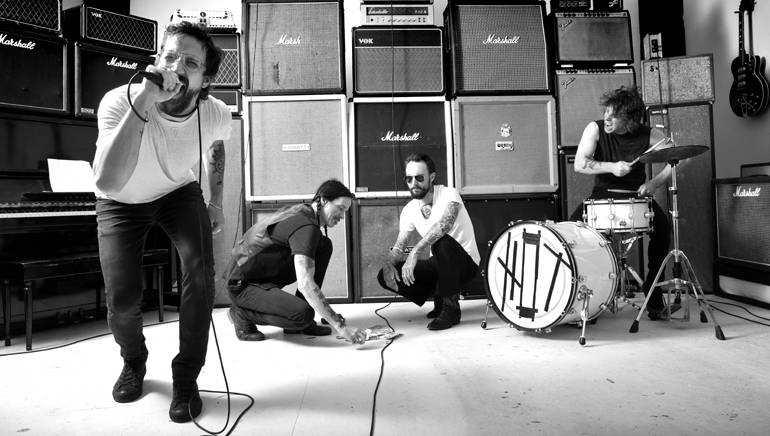 Battleme is the seven-year-old solo project of Matt Drenik, the former frontman for Austin-based hard rock band, the Lions. Several of Drenik’s songs were played on FX’s Sons of Anarchy, including “Lights,” which Entertainment Weekly called one of the “best music moments from recent episodes of your favorite shows.” Battleme’s latest album, Cult Psychotica, will be released October 6 and is a direct response to current events, or, as Drenik says, “a political album from a writer who has up until now eschewed overt political songwriting.” Drenik, who has toured with the Toadies and Veruca Salt, calls his style “blues-tinged psych-rock,” while Axs writer Lesley Daunt describes it as a blend of “muscular rock and bedroom pop.” However you describe his sound, there’s no doubt that it’s a winning formula: Rolling Stone has praised Battleme’s signature crescendos created with “Smashing-Pumpkins–style crunch,” and last month “Testament,” the first single from Cult Psychotica, made Total Rock‘s “Best Tracks of the Week” list for its “blues-based riffage of the most swashbuckling caliber.”